It's photos like this that make LoTR fans nostalgic and anticipate The Hobbit movies as much as they did the original trilogy because let's face it, it's Peter Jackson and Tolkien.  The combination doesn't disappoint. 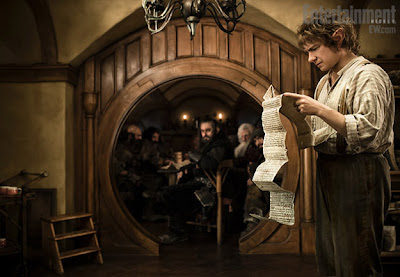 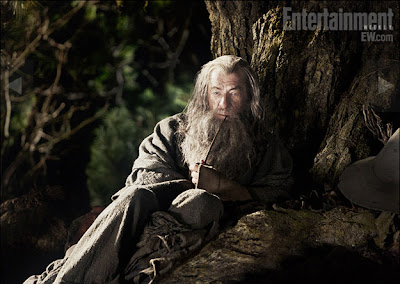 Ian McKellan back as Gandalf 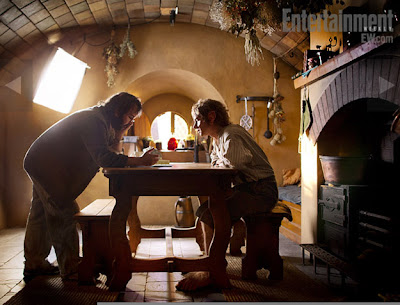 Peter Jackson discusses a scene with Martin Freeman
(Pics: Entertainment Weekly)
The first film, The Hobbit: The Unexpected Journey will release on December 14, 2012 and its sequel, The Hobbit: There and Back Again will open on December 13, 2013.
Posted by Sonal at 5:37 PM

Email ThisBlogThis!Share to TwitterShare to FacebookShare to Pinterest
Labels: Peter Jackson, The Hobbit