Lots of James Bond news coming out of UK's Pinewood Studios today.  Like huge news!  The 24th Bond film will be titled Spectre and most of the cast and crew from Skyfall returns to continue the legendary spy's adventures.

Director Sam Mendes was on hand today to divulge new information about Bond 24.  First up, the film's name is officially confirmed.  It's Spectre, which stands for Special Executive for Counter-Intelligence, Terrorism, Revenge And Extortion, a terrorist organisation which was around in the earlier Bond films. Makes sense as the newest films have been quite interested in Bond's past. 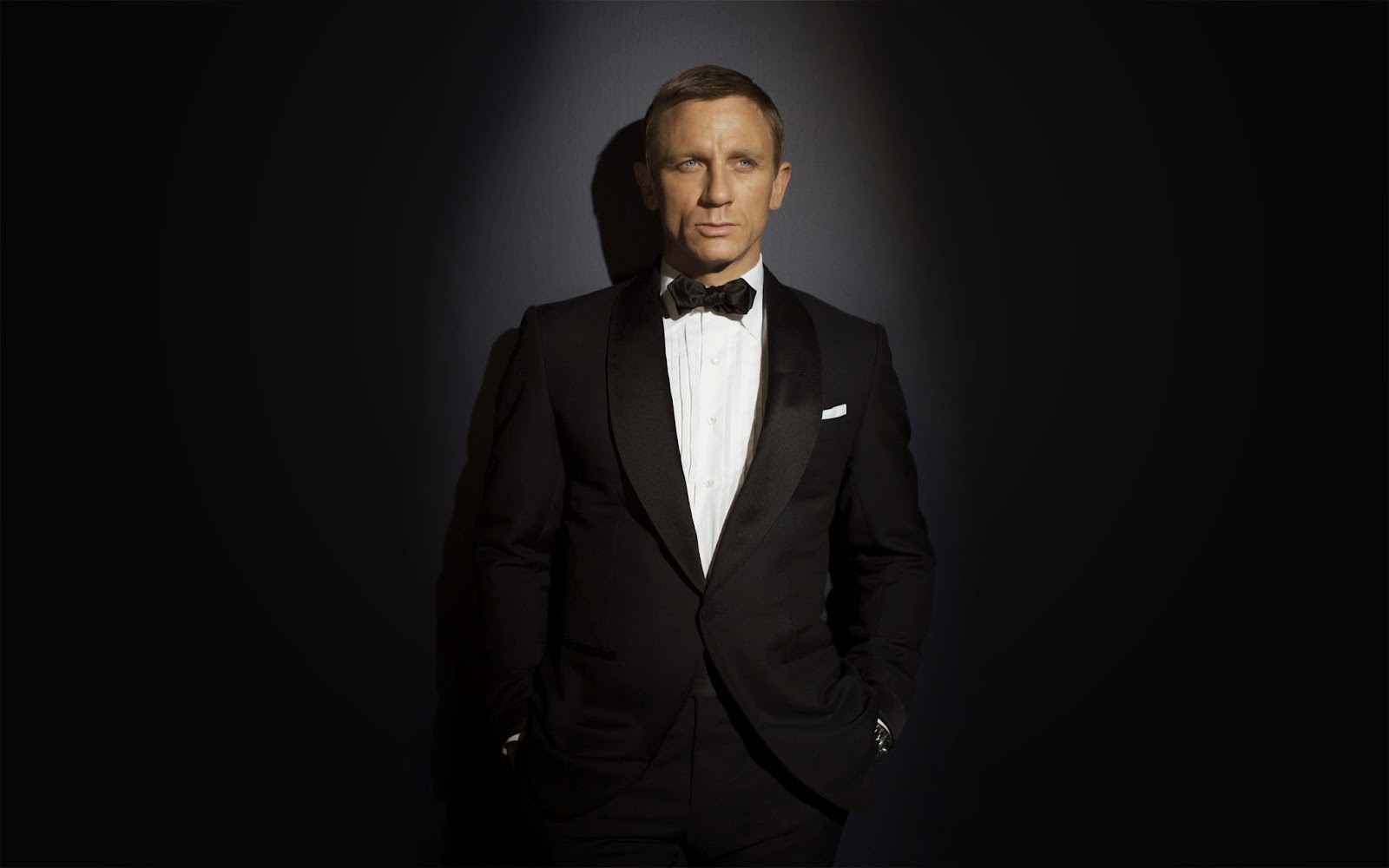 Also revealed was the cast with Daniel Craig back as Bond, Naomie Harris as Miss Moneypenny, Ben Whishaw as Q and Ralph Fiennes as the new M (I miss you already, Judi Dench!). Now to the newcomers, the Bond ladies include Monica Belluci and Lea Seydoux, Dave Bautista from Guardians of the Galaxy as Mr. Hinx and two more cast additions that are bound to raise eyebrows, Andrew Scott (Sherlock) as Denbigh and two-time Oscar winner Christoph Waltz as Oberhauser.

For you car aficionados out there, a new Aston Martin was also announced.  What intrigues me is the official synopsis: “A cryptic message from Bond’s past sends him on a trail to uncover a sinister organisation. While M battles political forces to keep the secret service alive, Bond peels back the layers of deceit to reveal the terrible truth behind SPECTRE.”  Raise your hand if you're already thinking MOLE!! Spectre hits theatres less than a year from now on November 6, 2015.
Posted by Sonal at 10:53 PM