First look: Sandra Bullock gets her crew together for Ocean's 8 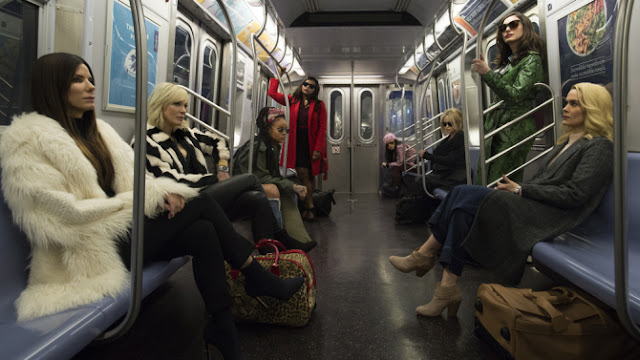 The spinoff to Ocean's 11 named Ocean's 8 has a release date, an awesome all-female cast and a brand new image out this week. Directed by Gary Ross (The Hunger Games), this new film will follow in the grand tradition of the previous films with 'the heist of the century' set in New York City.

Sandra Bullock plays Debbie Ocean who assembles the perfect crew to pull off said heist at the annual Met Gala. The crew consists of Cate Blanchett (as Lou), Anne Hathaway (as Daphne Kluger), Rihanna (as Nine Ball), Helena Bonham Carter (as Rose), Sarah Paulson (as Tammy), Mindy Kaling (as Amita) and Awkwafina (as Constance). The squad is seen in the first ever look from the film riding the NYC subway to the Gala, maybe?