The Hunger Games finds its Katniss! 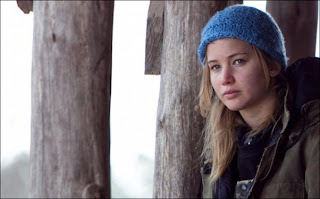 So, the big news for today is, it's official: Jennifer Lawrence is Katniss Everdeen in the first of The Hunger Games trilogy.  I've got mixed feelings about this because I know Jennifer is a great choice.  Amazing actress and she'll absolutely kill it (pun intended) as Katniss in the film but I really was hoping they would cast an unknown in the role.  It's a huge risk, yes, but I felt while reading the book that the character of Katniss sprung out of the book, she tried to be a nobody and blend in society minding her business but then was thrust into the national spotlight and became a symbol for the resistance.  We need somebody to sneak up on us like that.

Jennifer comes with director Gary Ross' and author Suzanne Collin's approval as well.  Now, as we have Katniss, who will the rest of the cast be? I am hoping for Elle Fanning as Prim and Katniss' younger sister.  She would totally fit.  *fingers crossed*  Roles yet to be cast include Peeta (Katniss' fellow competitor), Gale (Katniss' friend and ally), Haymitch (Peeta's and Katniss mentor in the games) and Cinna (designer and friend to Katniss).  It's sure is going to be exciting to find out who gets the roles.
Posted by Sonal at 8:18 AM