The British Academy of Film and Television Arts (BAFTA) held their 64th annual awards show this past Sunday.  I really like their telecast, it's never live as it usually gets broadcast 2 hours later and there's no silliness present just awards handed out.  Brilliant!  This year, Stephen Fry was back as host with his superfluous compliments to the presenters and the winners too.  The Artist won big with 7 awards and Tinker Tailor Soldier Spy won for Best British film.  Formula 1 racing documentary Senna also won big with wins in Best Documentary and Editing.  And of course, Meryl Streep won for The Iron Lady for her portrayal of Margaret Thatcher.  Martin Scorsese was also honored with the BAFTA's highest honor, the Fellowship award for his contribution to cinema.  The final Harry Potter surprised even me with a lone win in the visual effects category.  Finally! 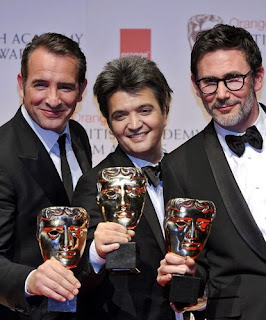 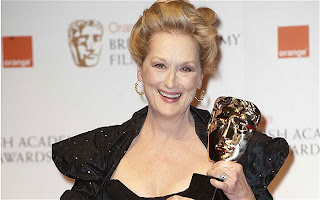 Film Not In The English Language
The Skin I Live In