What I'm Thankful For: Movies Edition 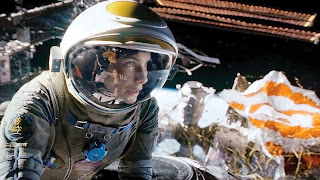 1) Gravity: Every year we read dozens of pieces about the decline of cinema and how originality is lost and then a movie like Gravity comes along and shuts everybody up. Splendidly! A story of a veteran and rookie astronaut in space became the ultimate tale of survival in completely foreign and hostile environment.  Oh, and here's where it gets better, the films stars two of Hollywood's best, George Clooney and Sandra Bullock but the movie really belongs to Bullock and Clooney's just the supporting player. Say what? Did I also mention that the film's a neat 90 minutes and features some of the best CGI and 3D work seen in film so far? Gravity, directed by Alfonso Cuaron and written along with his son Jonas, was the definitive film experience for me this year. And even though the wait was long, I'm thankful the end result was completely worth it.

2) Minions:  If the Dementors from the Harry Potter universe suck all the happiness out of the universe and eventually your soul, think of the Minions as their zany, fun-loving yet inappropriate equivalent.  The scene-stealers from the first Despicable Me are having their moment in the spotlight.  They came back strong in the sequel and will star in their own feature in 2015.  It's a good time to be a Minion, I think.  They bring the smile to your face, at least they do to mine. I would be even more thankful if I had one of them to have around the house. 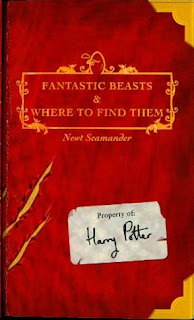 3) Fantastic Beasts and Where To Find Them: Speaking of Harry Potter, that J.K. Rowling sure knows how sneak one up on her fans. Fast on the heels of the surprising revelation that she wrote the underrated The Cuckoo's Calling under the pseudonym Robert Galbraith, she also broke the news that she's writing the script for the new film based on Fantastic Beasts and Where To Find Them in collaboration with Warner Bros., who are pursuing more films in the Potter universe of magic and wizardry. It was extremely difficult to say goodbye to the books and films so to have this unexpected, bonus surprise, is indeed thankful. 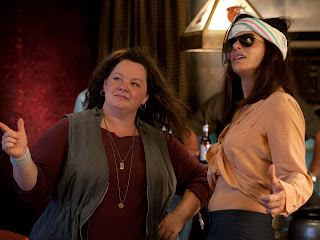 4) The Heat: No movie has made me laugh as much this year than the surprise (to everyone who isn't female) hit of the summer, the Paul Feig directed The Heat, a female buddy cop comedy starring Sandra Bullock (who's really having a stellar year) and Melissa McCarthy. The $159 million plus blockbuster proved that in summer filled with superheroes and zombie flicks, there is room for a well-enacted and, most importantly funny, comedy featuring women to perform well.  It also helps when your lead actresses are as talented as Bullock and McCarthy.  Not only did I have tears of laughter running down my face, my stomach hurt from laughing too much.  These days when the laughs are far and few in life and in movies, I'm thankful for comedies that can deliver. 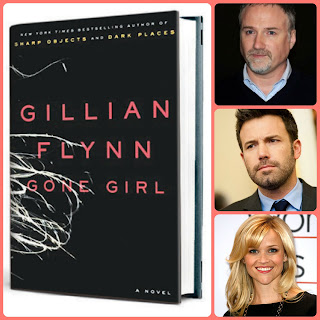 5) Gone Girl Film Adaptation: No sooner I did finish Gone Girl, the novel, I thought to myself, "This is needs to be a film." Actress Reese Witherspoon bought the rights and I had my fingers crossed as David Fincher as a dream director for this project. And what do you know? Sometimes the universe does listen to you.  The film adaptation of Gone Girl hits theaters next fall and will be highly anticipated as Ben Affleck, Rosamund Pike, Tyler Perry and Neil Patrick Harris join Fincher in bringing the book to the big screen.  I'd like to believe to myself that I wished this one into existence.

Those were some of my thankful moments with film this year.  What were yours?
Posted by Sonal at 8:53 AM