Henry Cavill in first still as Man of Steel 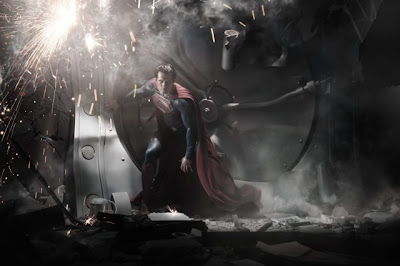 In the first look at Henry Cavill as Superman, we are treated a much muscular costume than previous versions.  Is Superman trying to compete with Batman? Either way, I'm not sure what to think about this.  Let's see what the first teaser trailer holds, eh?  Because Cavill is hardly recognizable here and I still wish they had taken the very charming Matt Bomer (White Collar) as the Man of Steel.  I don't know why but I keep picturing him as perfect for the role; he was Brett Ratner's first choice when he was at one time being considered as director.  Ah, what could have been!
Posted by Sonal at 7:11 PM