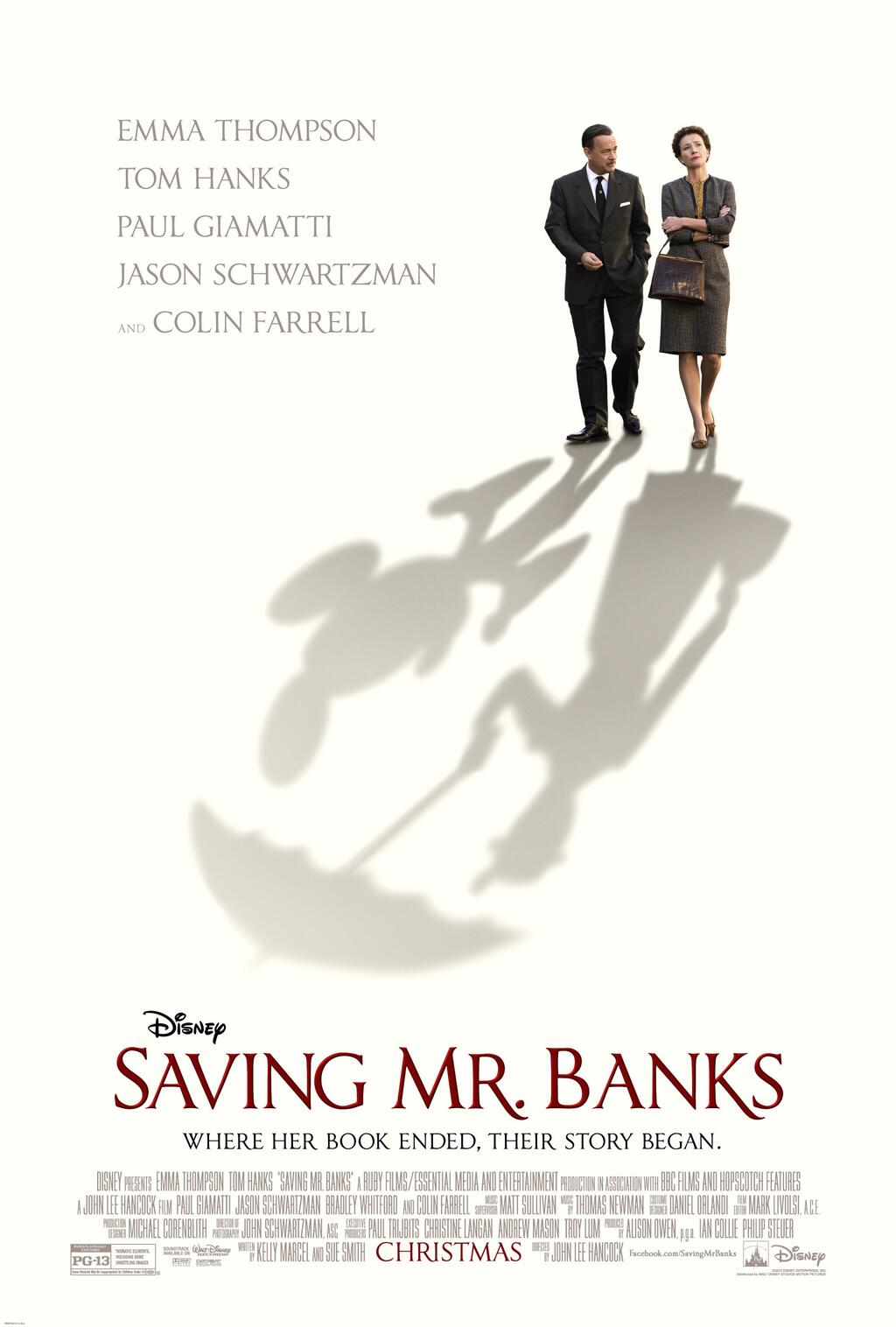 John Lee Hancock's Saving Mr. Banks is more than just the story of the behind-the-scenes look at the making of Walt Disney Studios' Mary Poppins (1964).  The film also gives a personal glimpse of the woman behind the creation of literature's most famous nanny, P. L. Travers.

By now, most of us movie buffs are aware of Julie Andrews's performance as Mary Poppins and those instantly hummable songs, 'A Spoonful of Sugar' and 'Supercalifragilisticexpialidocious', but did you know that they were so close to never have been in existence at all if Travers had her way? Walt Disney (played by all-around nice guy Tom Hanks) pursued the author for over 20 years on a promise to his daughter Diane that he would adapt the book for her.  P. L. Travers (a vulnerable Emma Thompson), despite her financial woes, is reluctant to hand over the rights to her books and characters she holds most dear to her heart.

Through wonderful flashbacks which tell a whole another story altogether, of a young girl and her unshakable admiration of her father, the pieces start to fall into place of why Travers is so opposed to the adaptation of her book. The film is, of course, referring to Travers's own relationship with her father, a man who couldn't properly support his family and lived in his own world at times. But young Ginty (Annie Rose Buckley) views her father (Colin Farrell, in a strong supporting role) with the singular focus of one who can do no wrong.

The highlight of the film is that one emotional scene between Disney and Travers where Walt finally appeals to Pamela not as the head of a studio but instead as a fellow creator whose ownership of a character is very personal indeed. This along with the scenes set on the lot of Walt Disney Studios especially an impromptu rendition of 'Let's Go Fly a Kite' are the best parts for film fans.

Thomas Newman's score is a standout as are the trio of B. J. Novak and Jason Schwartzman as brothers Robert and Richard Sherman and Bradley Whitford as Don DaGradi who all worked tirelessly to make the movie.  But the film belongs to Emma Thompson who gives us a look at Travers's fears and regrets.  I didn't really buy Hanks as Disney, he wasn't onscreen too long to connect with.  However, if you have fond memories of Mary Poppins, then do give Saving Mr. Banks a try and stay tuned for the end credits where the actual audio recordings of P. L. Travers play out. She had a opinion on everything.