Another year, another wonderful year for films! It has been touted as one of the competitive years where there is no clear frontrunner.  The acting categories are pretty much a lock but the rest of categories could go any way.  Read on for my picks for the 86th Academy Awards below. 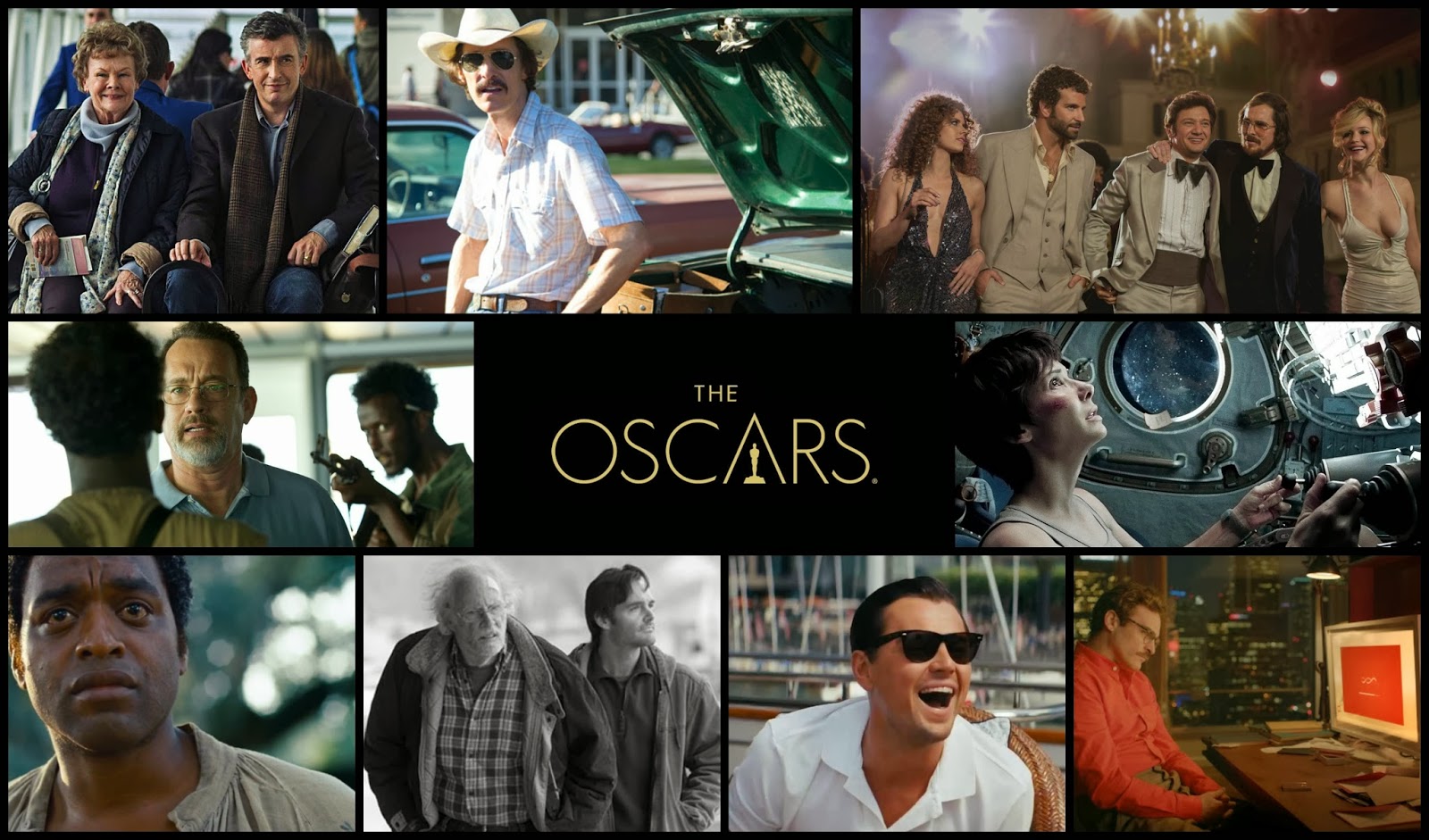 Should win: Leonardo DiCaprio
Will win: Matthew McConaughey. As much as I want Leo to finally, finally one of these sometime in his career. McConaughey has an amazing past couple of years and his performance in Dallas Buyers Club is the culmination of his recent career choices. It would be pretty unbelievable if he wins her on his first try.

Should win: Lupita Nyong'o
Will win: Lupita Nyong'o.  The category has had many surprise winners in the past and possibly some one other than Lupita Nyong'o or Jennifer Lawrence might win. But really it is between the two of them and Lawrence stands to become the youngest actress with two Oscars before she turns 24 and also win consecutive Oscars.  Can she do it?

Should win: Frozen.
Will win: Frozen. The only real competition for Disney's buzzworthy and acclaimed winter hit is Hayao Miyazaki final masterpiece, The Wind Rises.

Should win: Roger A. Deakins.  His cinematography in Prisoners added so much texture to the mood and tone of the film.
Will win: Emmanuel Lubezki.  His innovativeness in his work on Gravity is astounding.

Should win: Alfonso Cuarón
Will win: Alfonso Cuarón.  I've read people predicting a possible upset by Steve McQueen in this category but I don't know, Gravity was completely his vision (he also wrote and edited the movie) so I really believe like Ang Lee last year, the most technically complicated film will be honored.

Should win: Gravity.  It was the perfect film, all wrapped in 90 minutes.
Will win: American Hustle. Something tells me, it's either going to be this or Captain Phillips that will win here.

Should win: Jackass Presents: Bad Grandpa. I dissed its nomination earlier but the makeup is pretty impressive in the film.
Will win: Dallas Buyers Club. Simply because I keep reading everywhere about this $250 budget for makeup everywhere.  I want to see receipts, people!

Should win: Thomas Newman for Saving Mr. Banks.  I really loved the score in the film.
Will win: Gravity.  The music in Gravity was the third unseen character in the film.  The music evokes very strong emotions in it.

Should win: Let It Go
Will win: Let It Go. This is the category I'm most emotionally invested in simply I want to watch an EGOT being crowned live.  I will be most upset if anyone else wins.

Should win: Her.  I want to live in the world created by Her and its retro meets the future world.
Will Win: The Great Gatsby. Okay, The Great Gatsby could also win its second Oscar here.

Should win: Helium.
Will win: Helium.  I heard the most about this film online so this becomes my default choice.

Should win: Gravity.
Will win: Gravity. I'm putting all my chips in the Gravity bag this time around with my fingers crossed. I hope this goes well.

Should and will win: Gravity is a definite lock here.

Should win: Before Midnight.
Will win: 12 Years a Slave.  Out of all the books in the categories, I feel 12 Years a Slave was the hardest to adapt, John Ridley has done an impressive job.

Should win: Her.  My favourite screenplay from 2013.
Will win: American Hustle. I'm going to be devastated if Her and Spike Jonze doesn't win but something tells me that David O. Russell is not going empty handed at the 86th Oscars.  This seems the most obvious category.

Should win: Gravity.  It's time that a intelligent and innovative film set in space should finally win and Gravity should be that film. I don't see The Avengers: Age of Ultron ending up in the Best Picture race, do you?
Will win: 12 Years a Slave. If not Gravity, then the only other best film of 2013 has to be 12 Years a Slave.
Posted by Sonal at 12:38 AM