The last time I blogged (3 months ago!) it was about Gone Girl. So it's only fitting that my return post should also be about one of my most long-awaited films of the year.

The David Fincher-directed film has a clever marketing campaign. Ahead of its first trailer release, four different 'evidence' posters have been released online as teasers on popular websites for film news.  The first of which appeared on Huffington Post, the second on Awards Daily, the third on Indiewire and the final and fourth on Hitfix.  Have a look at the intriguing posters below: 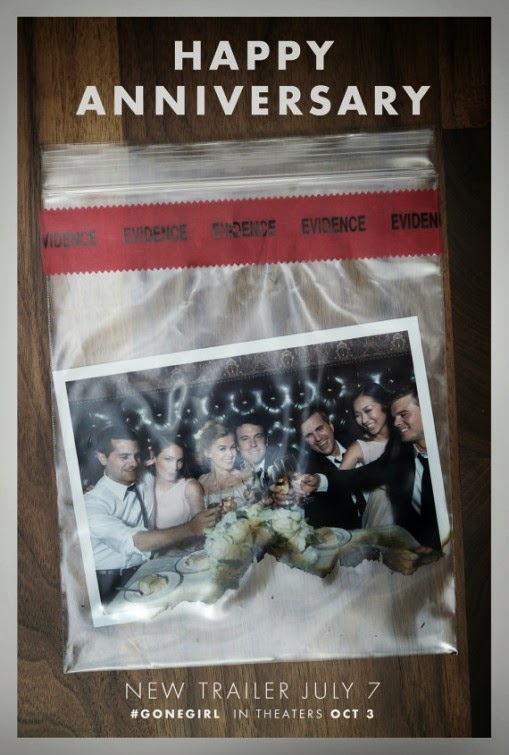 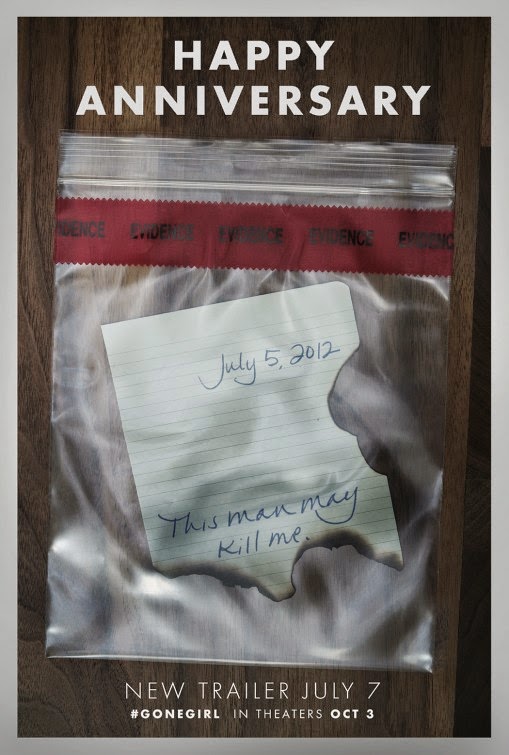 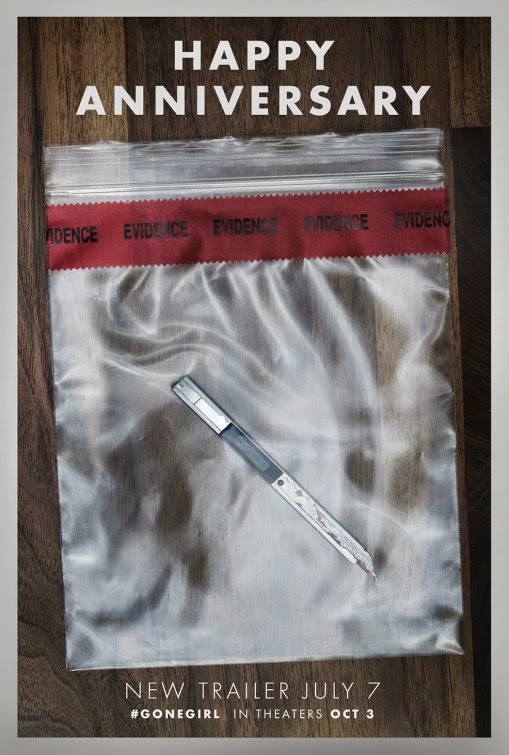 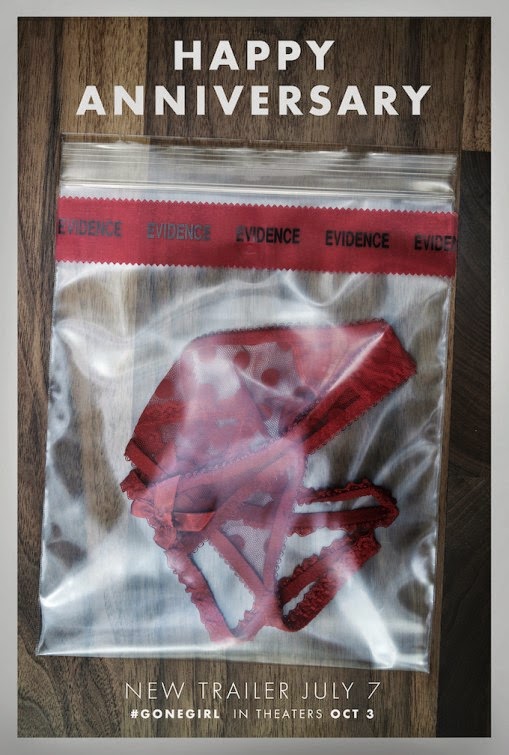 If you've read the novel on which the film is based, these posters should make you very happy because this means the film is on the right track.  It has captured the right tone of the book.  It makes me very happy indeed and very much like a student who is sitting for an exam I have actually studied for.  Can't wait for the new trailer to arrive on July 7th.