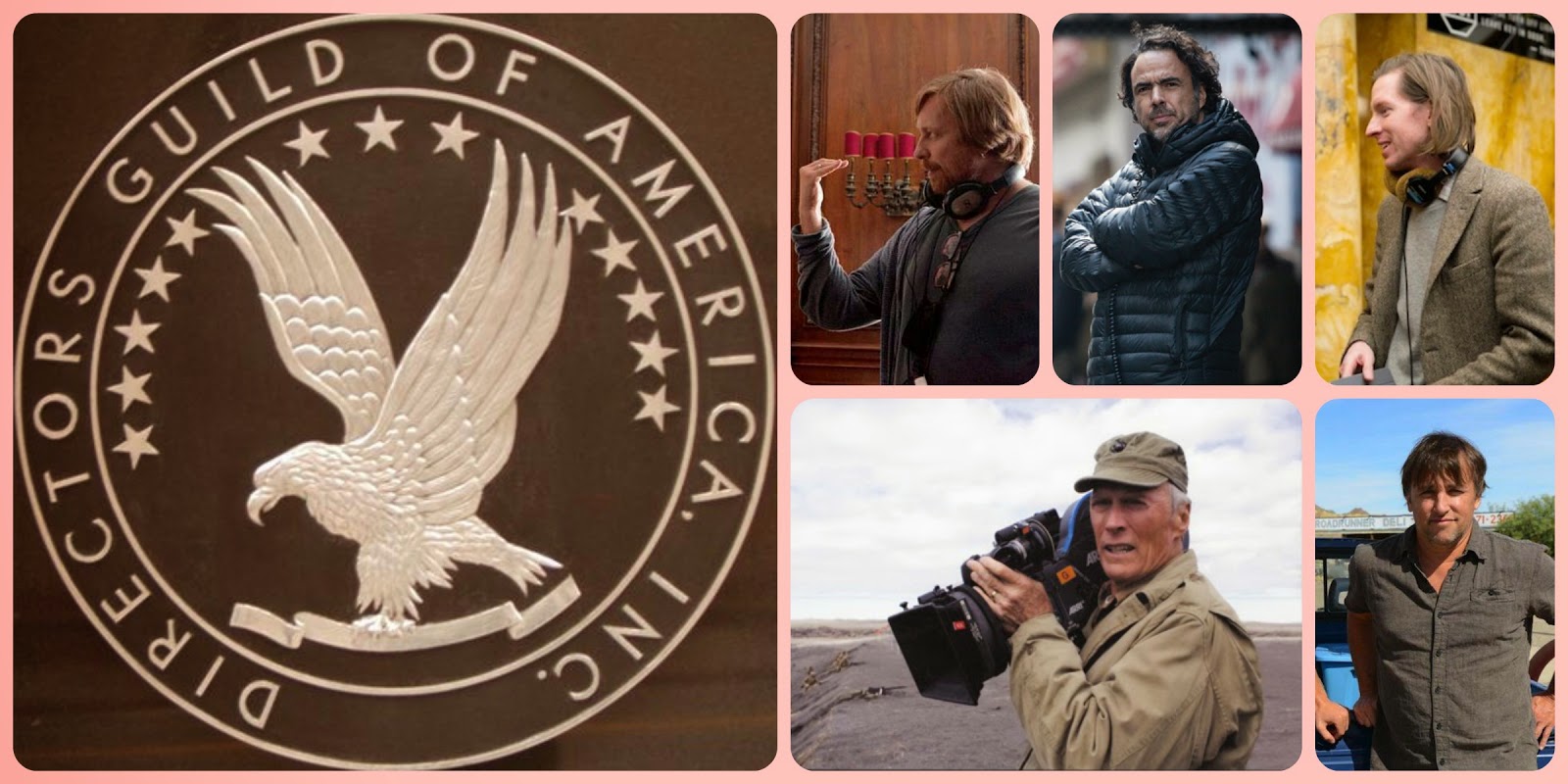 The Director's Guild of America announced their list of the five best directors of the past year and they are, without much fanfare, Clint Eastwood (American Sniper), Wes Anderson (The Grand Budapest Hotel), Richard Linklater (Boyhood), Alejandro González Iñárritu (Birdman) and Morten Tyldum (The Imitation Game).  There was so much chatter a couple of months ago that the best director race this year would feature not one but two women vying for the title.  Come February and it's still a man's world.  Both Ava DuVernay's Selma and Angelina Jolie's Unbroken haven't received as much love as they would have liked.  Still in the last couple of years, the DGA noms have differed from the Oscars so let's see how this holds.  Meanwhile, The Imitation Game is definitely back in the race and things are beginning to look a bit shaking for Foxcatcher and Gone Girl who were hoping to gain some momentum here.  All eyes are now tuned into the Oscar nominations this Thursday.  The DGA honor will be announced on February 7, 2015.
Posted by Sonal at 12:06 AM