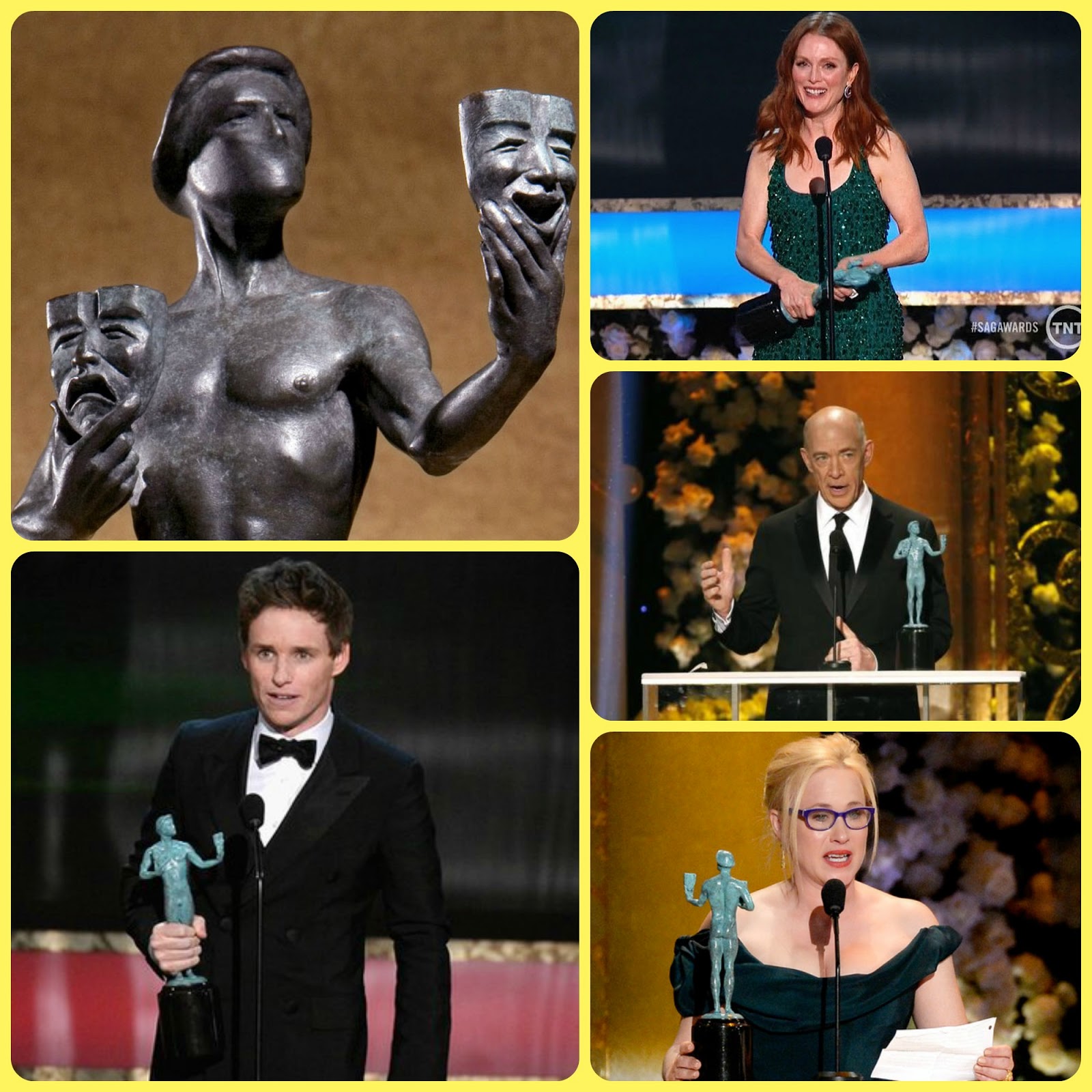 A day after its big win at the PGA Awards, Birdman continued its run forward by winning the ensemble award at the Screen Actor's Guild Awards last night.  Although the lead actor Michael Keaton lost to The Theory of Everything's Eddie Redmayne (who was outstanding as Professor Stephen Hawking), the rest of the awards were predictable enough as Julianne Moore (Still Alice), J.K. Simmons (Whiplash) and Patricia Arquette (Boyhood) all consolidated their positions as the favorites in their categories. The rest of the night held many highlights and the actors fraternity all honored each other's work in the film and television mediums.  This year's 'In Memoriam' reel was hard to watch as one by one, the greats who left us in 2014 (Lauren Bacall, Phillip Seymour Hoffman, Robin Williams), had me almost in tears.  Carrie Fisher presented her mother Debbie Reynolds with the SAG Lifetime Achievement Award in a funny and lively tribute that only she could give.  Who knew that Reynolds had such lovely voice? Time to go back and watch some older films, I say.  All in all, the SAG Awards confirmed to those watching the Oscars race that Birdman means business now. Don't count it out come Oscar night February 22nd.  Below is the full list of the film winners:

OUTSTANDING PERFORMANCE BY A CAST IN A MOTION PICTURE:

Birdman
OUTSTANDING PERFORMANCE BY A MALE ACTOR IN A LEADING ROLE:

Eddie Redmayne (The Theory of Everything)

OUTSTANDING PERFORMANCE BY A FEMALE ACTOR IN A LEADING ROLE:

OUTSTANDING PERFORMANCE BY A MALE ACTOR IN A SUPPORTING ROLE:

OUTSTANDING PERFORMANCE BY A FEMALE ACTOR IN A SUPPORTING ROLE: