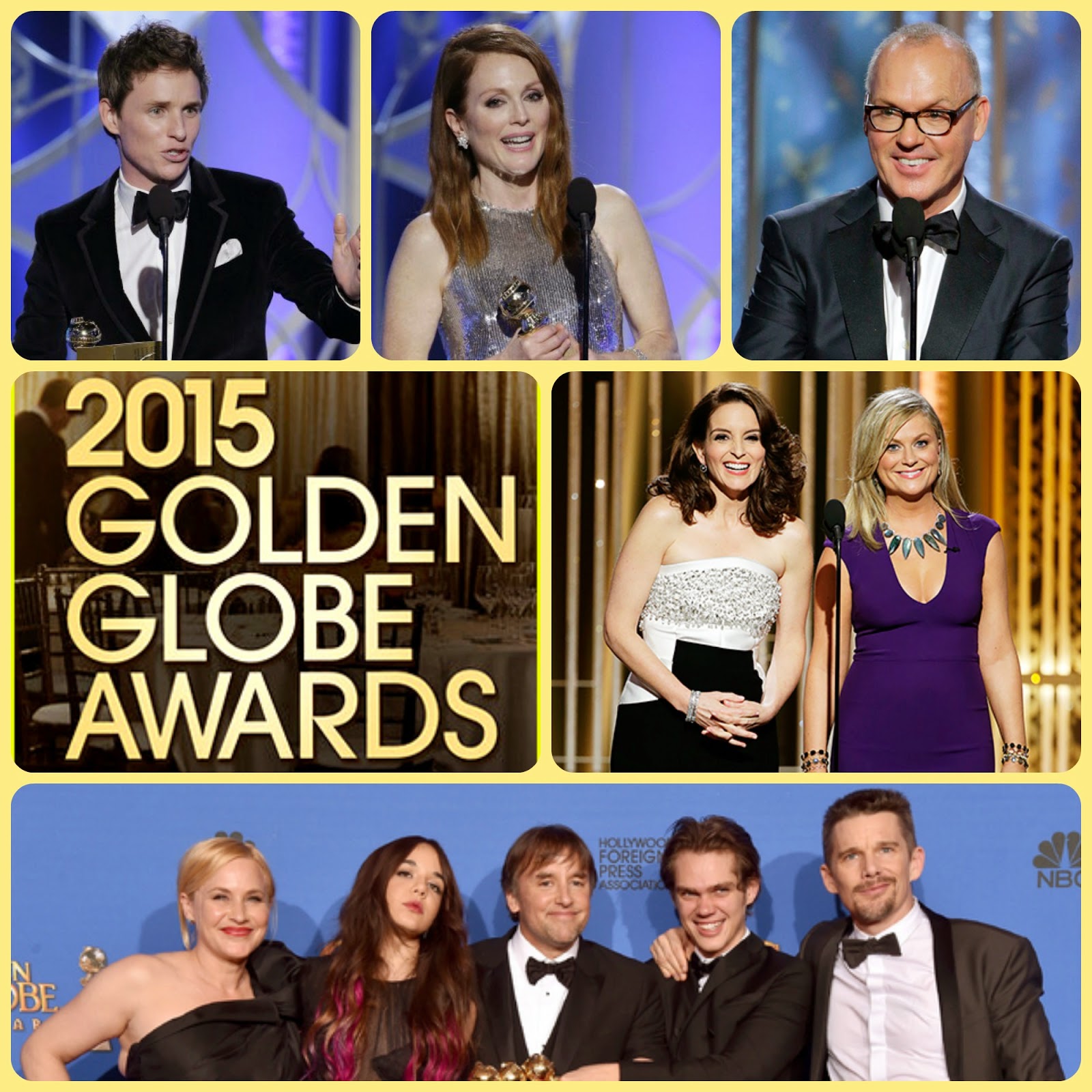 The 72nd annual Golden Globes were held last night and while no one film dominated throughout, several managed to get their presence felt. Tina Fey and Amy Poehler were back for the third and final time to host the wildest party in Hollywood, except they were gone for most of the evening. We needed more of the duo the last time around. The Cecil B. DeMille award honoree this year was George Clooney who bounced back nicely after Monuments Men tanked.  He was introduced by two longtime friends, Julianna Margulies and Don Cheadle, who argued amongst each other on who was the better friend.  Clooney gave a great speech, talking about everything from actors lost in the past year (Laura Bacall and Robin Williams) to free speech in Paris.

Boyhood, with three big wins for Best Film - Drama,  Director, and Supporting Actress, put its foot forward as the Oscar frontrunner. Other awards worthy films like Foxcatcher, The Imitation Game didn't win a single award and others like Birdman and The Grand Budapest Hotel showed that they're competitors again.  As for the actors, Julianne Moore, for Still Alice, looks to be on course I hope for her first ever Oscar. She's long overdue. Michael Keaton, for Birdman, and Eddie Redmayne, for The Theory of Everything, are also serious contenders for Best Actor now. But then I think so was Leonardo DiCaprio last year with The Wolf of Wall Street. He wasn't able to replicate his Golden Globes success.

Two big surprises of the night came in the animated feature and foreign film categories. How To Train Your Dragon 2, to my pleasant surprise, won the big honor right on the heels of its BAFTAs snub. The LEGO Movie has some competition. So does Ida as Russia's Leviathan won best foreign film.  The stage has been set for the rest of the awards, SAG, Critics Awards, BAFTAs to show what they've got and of course, let's not forget the grand daddy of them all, the Oscars announces its own nominations this Thursday. Get ready!

Here's the full list of winners in film below:

Boyhood
Foxcatcher
The Imitation Game
Selma
The Theory of Everything

Best actor in a motion picture comedy or musical

Best Actress in a Motion Picture Comedy or Musical