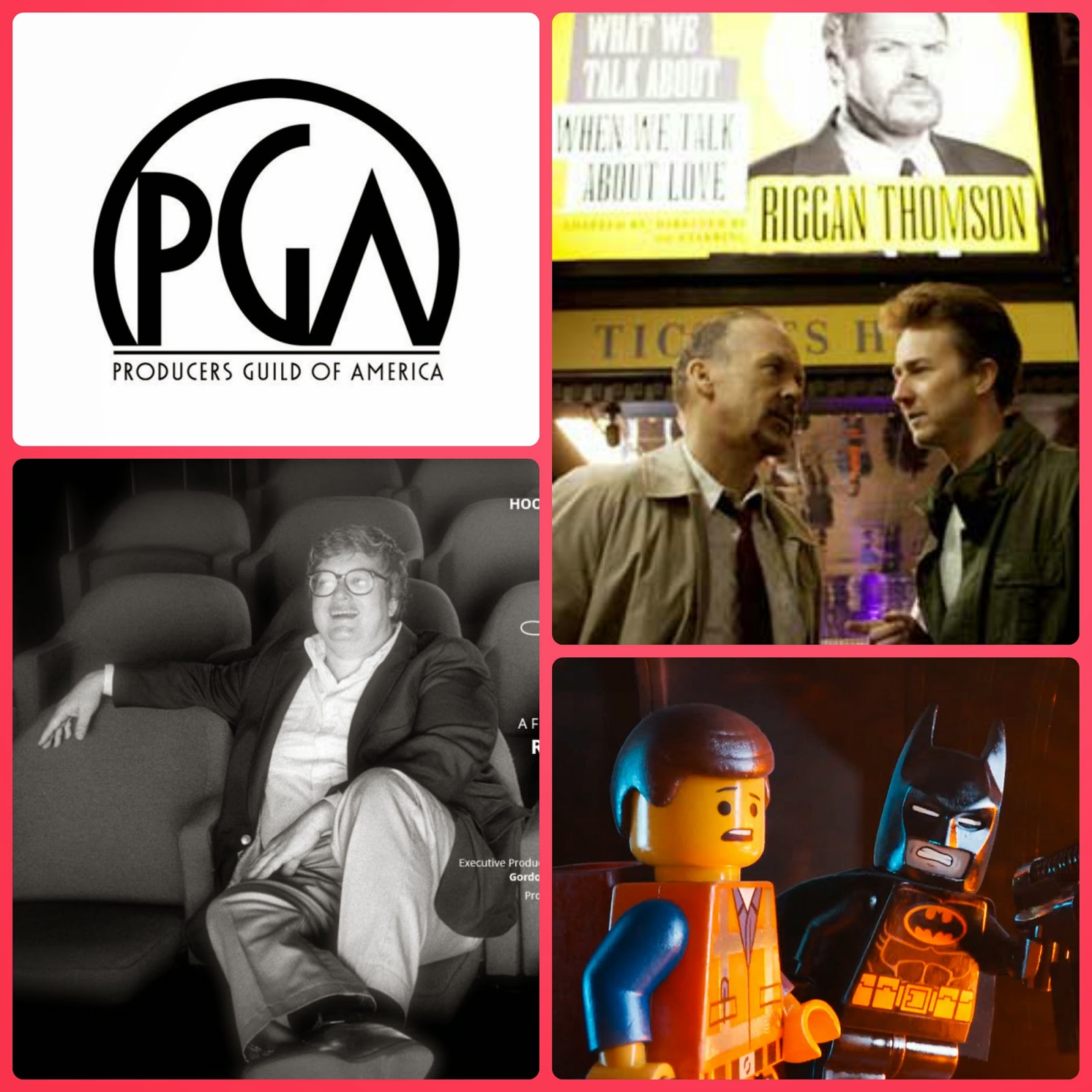 The 26th Annual Producers Guild of America Awards were held last night in Los Angeles and it's safe to say that the night's big winner has shaken up the Oscar race.  The PGA Awards are usually a good indicator of who goes on to win the Best Picture Oscar.  Yesterday, it was mostly a given that Boyhood was that frontrunner.  But instead, the award honorees last night in all three film categories proved that predicting the Oscars is going to be no easy task. Birdman or (The Unexpected Virtue of Ignorance) was awarded the Darryl F. Zanuck Award for Outstanding Producer of Theatrical Motion Pictures and now goes in the favorite for the Screen Actors Guild Awards being held today. The animated feature, The LEGO Movie, and the documentary on beloved film critic Roger Ebert, Life Itself, both snubbed by the Academy Awards, were recognized in their respective categories. Both films, lauded all last year, are deserved winners.  But what does this now mean for the best film?  It's a race now as Birdman and Boyhood will battle it out for best picture on February 22, 2015 at the Oscars.