These are a little late going up but we've got new characters stills from Disney's Zootopia featuring the voice talents of Ginnifer Godwin and Jason Bateman. Directors Rich Moore (Wreck-It Ralph) and Byron Howard (Tangled) announced their cast of characters that will inhabit the world of Zootopia releasing in theatres next March.

Up first is Mayor Leodore Lionheart who believes anyone can be anything in Zootopia. Voiced by the formidable J.K. Simmons (Whiplash), let's already agree not to get on his bad side. 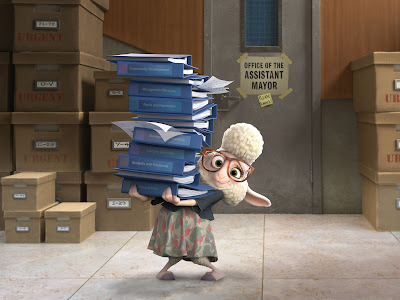 Next up, we have Assistant Mayor Bellwether, the overburdened and overstressed assistant of Mayor Lionhart. This simple sheep is voiced by comedian and actress Jenny Slate (Obvious Child). 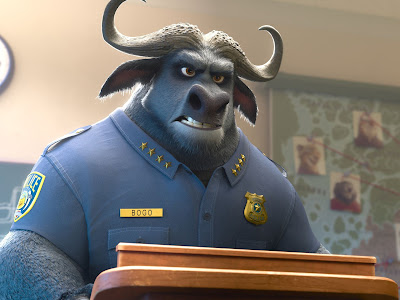 The Zootopia Police Department is led by Chief Bogo who has to uphold the law in the metropolis and as well as deal with the department's first bunny Judy Hopps. Idris Elba, who's got enough experience with these tough guy roles, voices his first animated character with Zootopia. He's also voicing a character in Disney's Finding Nemo sequel, Finding Dory. 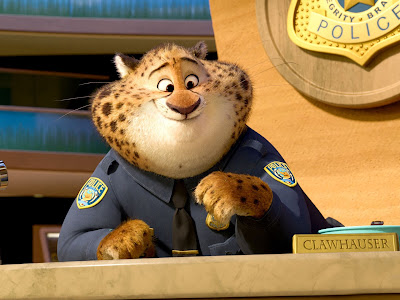 Also part of the Zootopia PD is Officer Benjamin Clawhauser, the receptionist and a cheerful cheetah who enjoys doughnuts a little too much. Clawhauser is voiced by actor Nate Torrence. 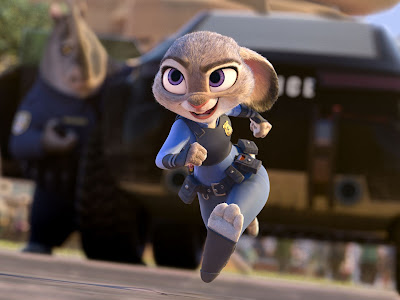 The aforementioned first bunny on the police force is Judy Hopps who is determined to prove herself (despite her shady partner) on a missing mammal case. Judy is voiced by actress Ginnifer Goodwin (Once Upon A Time). 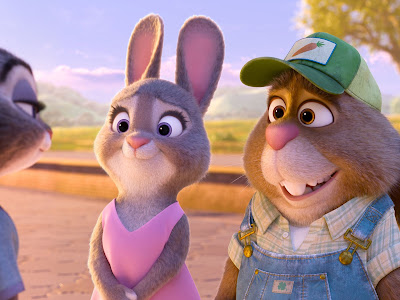 Judy's proud parents, Stu, a carrot farmer, and Bonnie Hopps, are delighted to see their daughter join the Zootopia Police Department. Stu and Bonnie are voiced by good friends Don Lake and Bonnie Hunt, who has been a Disney/Pixar favorite. 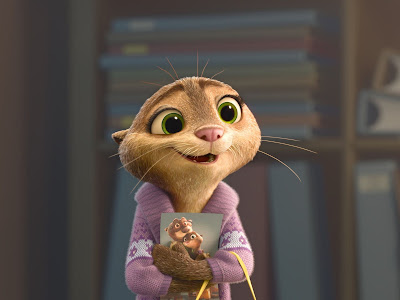 The story moves forward in Zootopia when Mrs. Otterton shows up at the police station looking for her missing husband. Academy Award-winner Octavia Spencer (The Help) voices the part of Mrs. Otterton. 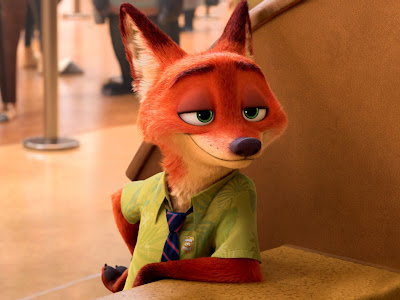 When the Zootopia PD only have 48 hours to crack the case of Mr. Otterton, wily fox Nick Wilde is paired with Judy to solve it. Jason Bateman voices Nick, whose loyalties are always known. 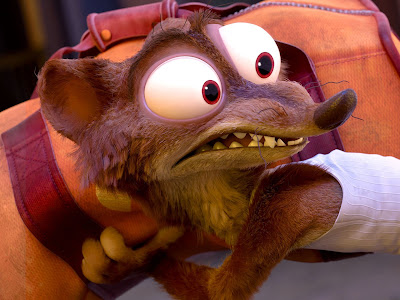 The very untrustworthy Duke Weaselton, a smaller level crook, may sound familiar to many of you. The Disney regular (Wreck-It Ralph, Frozen) Alan Tudyk previously played the Duke of Weaselton in the monster hit, Frozen. 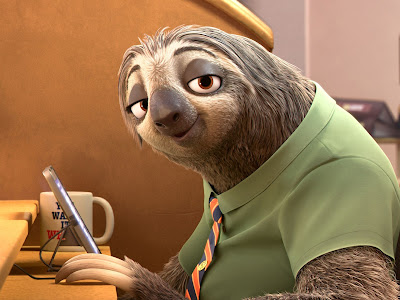 The fastest sloth working at the DMV? Surely you're kidding me. Nope, Flash the sloth is the speediest at the Department of Mammal Vehicles. A story artist at Disney, Raymond Persi, voices the character. 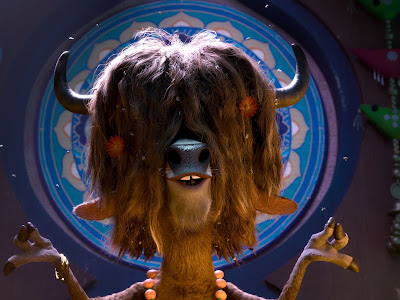 Anytime the citizens of Zootopia should need any advice, they should head to the local Zen retreat for some knowledge. Comedian and actor Tommy Chong voices the very enlightened Yak, Yax. 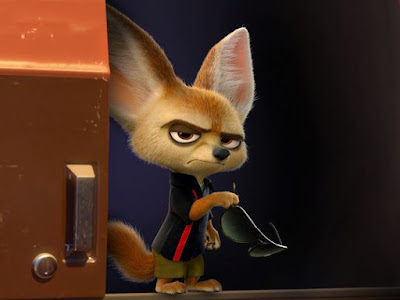 One of the smallest animals in Zootopia, Finnick the fennec fox, is most suspicious of everyone. Actor Tommy Lister who is 6'5" in real life voices the character.

Who are you most looking forward to seeing in the movie?