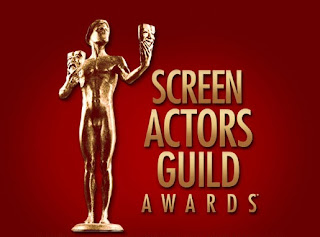 They're here.  The shortest awards show (thankfully) also known as The Screen Actors Guild announced their nominees for 2012.  Here are the lucky nominees:

Surprises? Skyfall and the seniors over The Best Exotic Marigold Hotel broke through!  Beasts of the Southern Wild wasn't eligible for this as the actors weren't from the SAG union so it is a bit of a bummer.  This award is a huge boost to any movie's campaign.  The rest are all the usual suspects, Lincoln, Les Miserables, Argo, Silver Linings Playbook.  Though I am surprised not to see the cast of Zero Dark Thirty nominated for Ensemble.  I personally think the leading actor category is spot on.  All five actors are the major contenders for the Academy Awards as well.  Your thoughts?