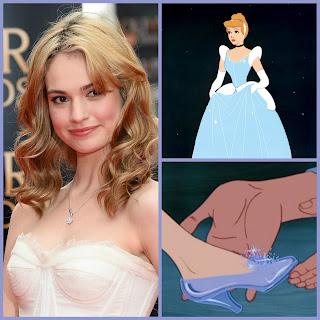 Meet the new Cinderella!  Walt Disney Pictures' new live action film on Cinderella cast its lead actress in Lily James (Downton Abbey) after their first choice Emma Watson passed on it.  The film has 2014 release and features Cate Blanchett as James' evil stepmother and will be directed by Kenneth Branagh.  Although my personal favorite Cinderella film still remains 1998's Ever After: A Cinderella Story featuring a kickass Drew Barrymore (bad English accent notwithstanding) in the Cinderella role and Angelica Huston as her stepmother. 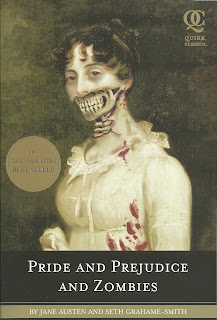 The zombies live to see another day!  The Universe does want to see Elizabeth Bennett and her beloved Darcy become zombie hunters. And I will get to see a Regency zombie apocalypse.  Huzzah! Lily Collins (formerly Snow White in Disney's Mirror Mirror) will star and director Burr Steers (17 Again, Charlie St. Cloud) will helm Pride and Prejudice and Zombies, based on Seth Grahame-Smith's best-selling novel. 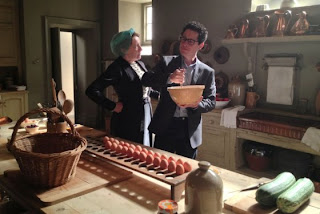 He reinvented Star Trek and he's on his way to do the same to Star Wars, so what's filmmaker extraordinaire J.J. Abrams doing in the Downton Abbey kitchen? Can he introduce time travel into the show and bring back Matthew Crawley? Pretty please!!!
Posted by Sonal at 11:48 PM