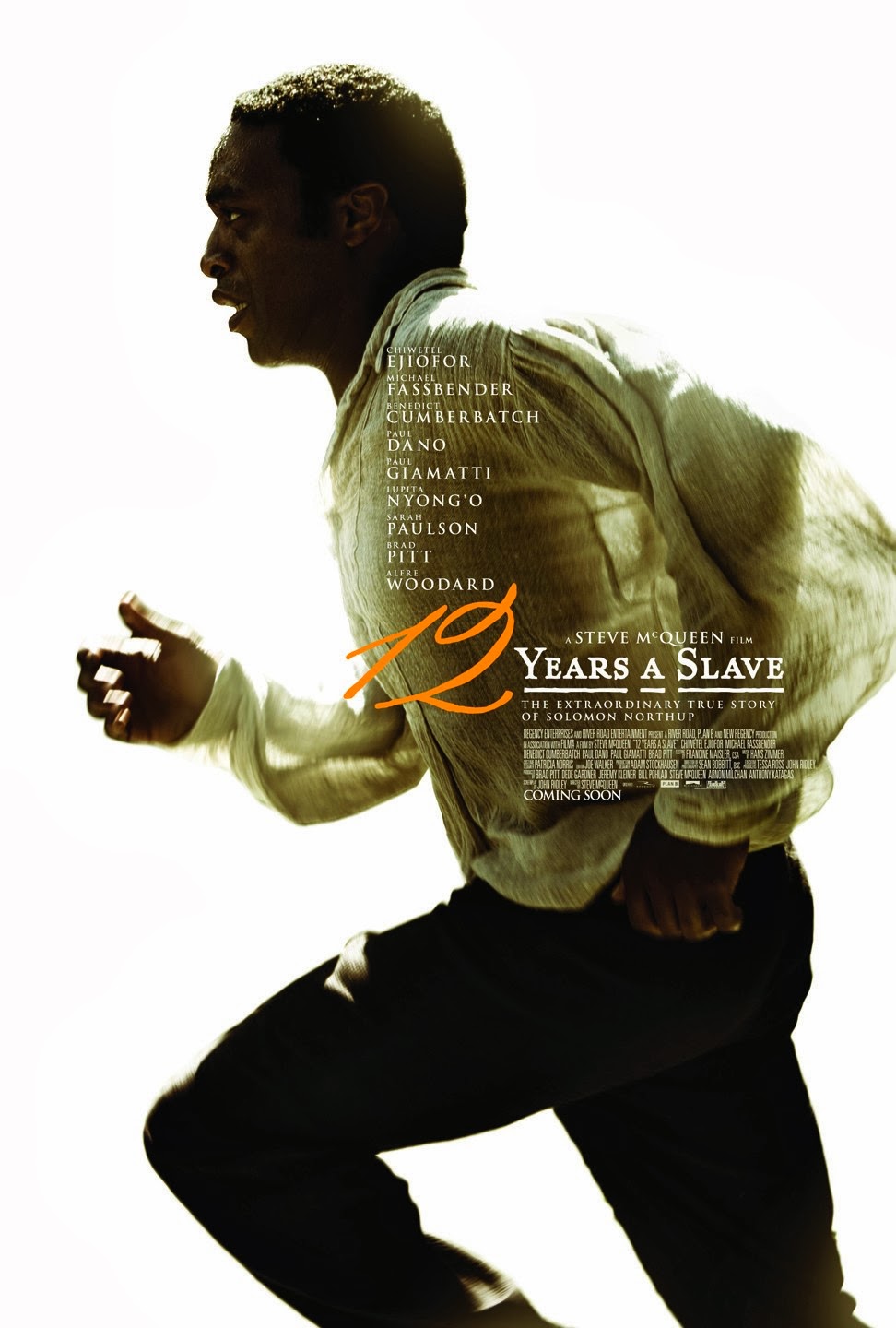 Steve McQueen's 12 Years a Slave is a film you can't forget once you watch it. Based on the heartbreaking memoir by Solomon Northup, a free man who detailed his arduous captivity.  His life is changed overnight after a decision to get some work with a traveling circus without the knowledge of his family. Instead he's duped, drugged and sold into slavery from the North into the South. From that point on, we the viewers are taken alongside his tortuous and difficult journey to regain his old identity and diginity.

Chiwetel Ejiofor plays Northup, a talented violinist in his pre-slavery days who is reduced to hiding his ability to read once he is a slave. He soon realizes that his proclamations of being a free man and appealing to the humanity of the slaveowners fall on deaf ears.  He is even robbed of his name and rechristened 'Platt' as to lose all vestiges of his old self. Solomon must then survive this ordeal hoping that one day he will be free.

But at every turn he and his fellow slaves come across people who only think if them as property or worse not even human. One mother, Eliza (played by Adepero Oduye), who's cruelly separated by her two children is told to forget them and when her sorrowful cries are still heard, she sent is sent away. Solomon himself keeps his head down and does his duty silently but there are moments when he attempts to break free of his life of drudgery.

Unfortunately he has to attempt to do so under the watchful and paranoid eye of Edwin Epps (played menacingly by Michael Fassbender). Epps is highly religious and has a complicated relationship with his slaves. He believes he treats them well, but obviously they are at his mercy and he whips them, tortures them and abuses them at all times.  One such slave, Patsey (Lupita Nyong'o) receives the worst of his attentions.  He both is fascinated and horrified by her, a reaction that nobody including his wife (Sarah Paulson) understands.

There are a few films that showed the ugly and harsh truths of what slavery did to America.  12 Years a Slave erases all of them with its depiction and lays them out bare.  You can't look away.  While the film is produced by Brad Pitt (who has an integral cameo in the film), the director and most of the actors aren't American.  It gives the movie a unique perspective as McQueen chooses to let the camera linger where others would have turned away.

Ejiofor is quietly magnificent as Solomon, a man who doesn't comprehend how is whole life is turned upside down.  A scene that especially stayed with me was when he finally joined in the other slaves singing "Roll, Jordan, Roll" as they buried one of their one.  It was one moment after he was brought into slavery where he allowed himself to let go and just be.  The rest of the actors including Fassbender, Nyong'o and Benedict Cumberbatch as just as great in their roles.

Eventually, though his ordeal does end and the climax of the film will leave you with a heavy heart.  While Solomon was able to escape, slavery did not end overnight.  Like 2012's Lincoln, 12 Years a Slave is a film I hope they will show to future generations on American history.  I hope this one film you all won't pass on.

Directed by Steve McQueen, Screenplay by John Ridley; Based on the memoir by Solomon Northup; Cinematography by Sean Bobbitt; Editing by Joe Walker; Music by Hans Zimmer