Blast from the Past: Casper's 20th Anniversary 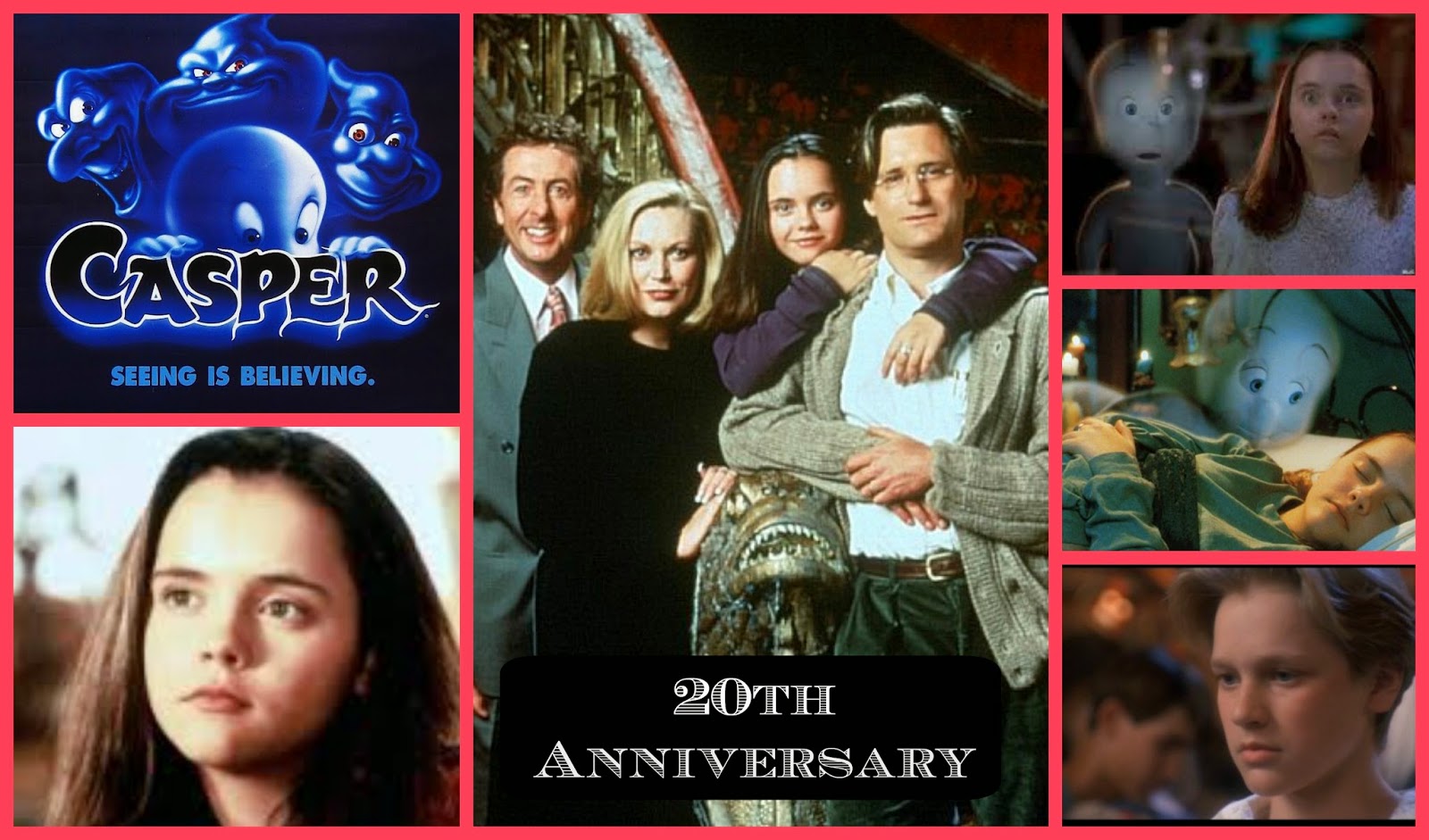 Produced by Steven Spielberg and directed by Brad Silberling, 1995's Casper is known today as being ahead of its time for its technical achievements. Bringing to life the comic books and cartoon of Casper the Friendly Ghost created by Joseph Oriolo, the film was the first feature length movie to have live actors interact with computer-generated characters.

Since then, films featuring CGI characters have gotten incredibly realistic and complex. Studios dedicated to special effects have changed the way we see and imagine our films. Industrial Light and Magic (ILM), Weta, Double Negative and the dearly departed Rhythm and Hues, we all recognize them by name. But back then, incorporating live characters with one created on the computer was a big deal indeed.

Released 20 years ago today, Casper starred Bill Pullman as Dr. James Harvey, a paranormal therapist, who moves into an haunted manor along with his young daughter Kat (Christina Ricci). The manor is inhabited by Casper (voice of Malachi Pearson/later played by Devon Sawa) and his three mischievous uncles who keep everyone out. However, Casper likes Kat and decides he's going to keep her. Meanwhile, Carrigan Crittenden (Cathy Moriarty), who has been bequeathed the manor in  her father's will, believes there is hidden treasure somewhere.

There weren't many scary moments during the film, after all, Casper is a friendly ghost! The movie was a commercial success. It opened at #1 that Memorial Day weekend in 1995. This was also Christina Ricci's first big role as a lead after Mermaids and The Addams Family. Sawa and Ricci also starred together in Now and Then. The reviews of Casper were mixed, while the technology was lauded, the film never quite connected. A sequel was planned but never materialised.

Today, the film stands in the footnotes of film history for its advances in technology. Maybe one day, considering how much nostalgia factor goes into Hollywood remakes, they'll think about revisiting Casper and tackling it using today's technology.

Email ThisBlogThis!Share to TwitterShare to FacebookShare to Pinterest
Labels: Blast From the Past, Casper, Christina Ricci