Christopher Nolan's next film will be called... 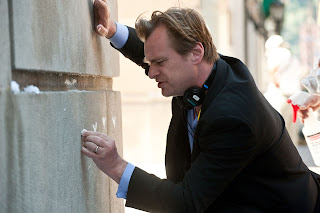 I spoke too soon! Oh, happy day... what great news to receive after disappointing news this week, Christopher Nolan will be back to direction with a new film next year to be called Interstellar and it's a sci-fi movie about 'a heroic interstellar voyage' and will be co-produced by Paramount Pictures and Warner Bros. to be released November 7, 2014.  The script will, of course, be written by his brother Jonathan Nolan. I'm off to circle November 7th on next year's calendar.
Posted by Sonal at 1:10 AM