The Veronica Mars fans have spoken 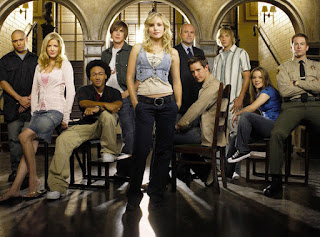 Alright, people, this is happening, the Veronica Mars movie is a go!! It seemed like only yesterday that creator Rob Thomas and star Kristen Bell urged fans to contribute to their Kickstarter campaign to get a Veronica Mars film ready for release for 2014.  That’s because it actually was only yesterday that they asked fans if they could give whatever they could by April 12 for a reunion back in Neptune, California.  Less than 12 hours later and the minimum goal of $2 million has been met.

I say, VM fans, give yourselves a pat on the back.  You really put this movie back into existence. So thank you from this Veronica Mars fan.  I cannot wait for the gang to get back together for the incredibly awkward yet amazing that get-together is going to be.   First a Nolan original film and now this, 2014 is certainly picking up on the movie front.

And for those of you out there who have no idea who this Veronica Mars is, allow me to introduce you to the only super-sleuth you need to know.