The Best Movies of the Year...so far!

Seven and half months of this year have gone by and while there haven't been any instant successes like Inception last year, there are quite a few movies to talk about.  Keep in mind, I'll be discussing the movies I've seen so far.  There are so many movies pending on my to-see list but I hope to catch up by the end of the year.

So, without further ado...here are the top movies of the year...midway. 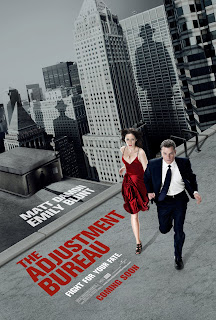 1) The Adjustment Bureau - My favorite film so far this year.  I loved Matt Damon and Emily Blunt who totally made us believe in their chemistry and need to be with one another.  Based on a story by Phillip K. Dick, this was masterful storytelling with amazing visuals and great acting.  Another impressive movie by Damon, he CAN do it all. 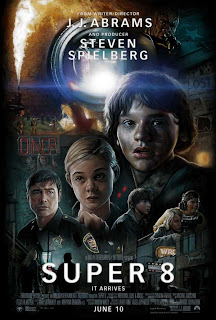 2) Super 8 - Incredibly nostalgic film about film making and the 80s that totally charmed due to its young cast.  It's not a monster flick at all, it goes much beyond it.  Absolutely loved it. 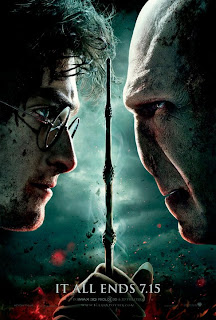 3) Harry Potter and the Deathly Hallows Part 2- The final film in an epic storytelling saga that spanned over a decade.  Show me anyone who wasn't moved by the grand spectacle of it all.  It was definitely hard to say goodbye to Harry Potter. 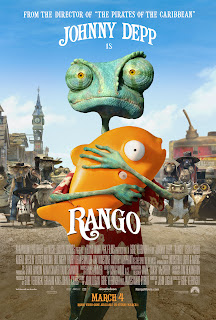 4) Rango - One of the best animated films for adults I have seen.  Loved Johnny Depp's portrayal of insecure and needy iguana Rango who turns out to be a savior/hero of small Westernish town.  This could be the only Western flick this year that worked. 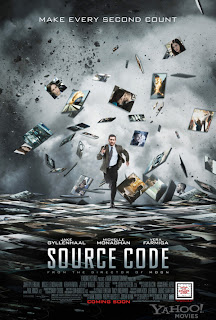 5) Source Code - Sci fi and Jake Gyllenhaal, two of my favorite things in a film, combined.  Second film by director Duncan Jones after his debut Moon that asks what if you could live the final 8 minutes of a person's life.  What would you do?  What would you find out? 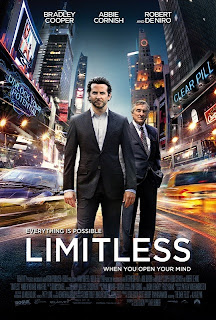 6) Limitless - Yet another thought provoking movie released this year.  What if there was a little clear pill out there somewhere that allowed you to use your brain's fullest potential?  What could you accomplish? What is it that you couldn't do?  This role was absolutely made for Bradley Cooper. 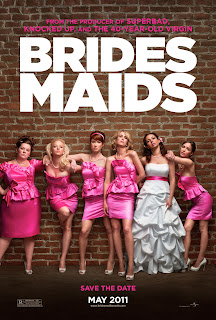 7) Bridesmaids - The feel good female flick of the year! Not really, but it is the funniest.  Kirsten Wiig, Maya Rudolph, Rose Byrne and Melissa McCarthy are absolutely spot on in their portrayal of real women and the way we deal with our friendships.  I laughed until I cried. 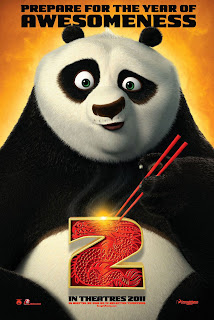 8) Kung Fu Panda 2 - Po is back with his awesomeness.  Twice as explosive as the first film, the second film told of the origin story of Po's real parents providing a real emotional touch.  I can't wait to see what happens in the next film in the saga. 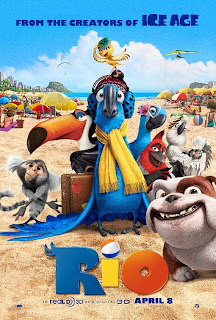 9) Rio - While the actual story lacked in several places, the movie will astonish with the different locales it takes you to.  Just kick back, take a seat and go to Rio de Janeiro, Brazil in all its animated glory. 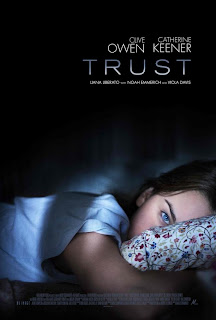 10) Trust - Directed by David Schwimmer (yes, Ross from FRIENDS), this is one harrowing look at the dangers of teenagers and cyber chatting.  Emotionally brutal and containing fine performances from actors Catherine Keener, Clive Owen and newcomer Liana Liberato.