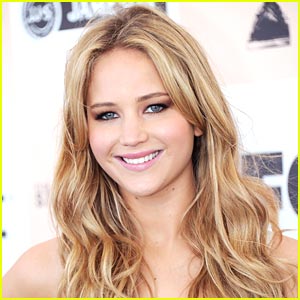 On January 24th, Katniss Everdeen is going to announce the nominees for the 84th Academy Awards!  No, not really, but Jennifer Lawrence is.  The young actress has already been nominated for Academy Award herself for Winter's Bone and will be playing Katniss in the upcoming The Hunger Games trilogy releasing in March.  She will unveil the nominees for this year along with Tom Sherak, president of the AMPAS early morning at 5:30 am PST.
Posted by Sonal at 9:52 PM