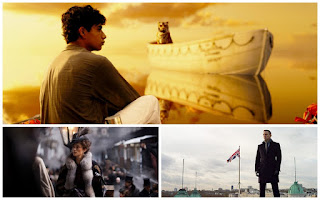 It was a busy night in Hollywood with big awards in directing, animation and art direction being handed out.  The art directors announced the winners for the 17th annual Art Directors Guild awards.  Here are the winners:

Email ThisBlogThis!Share to TwitterShare to FacebookShare to Pinterest
Labels: Life of Pi, Skyfall