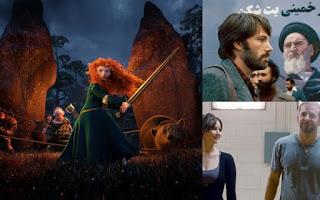 And finally, last night the the 63rd Annual ACE Eddie Awards were held and here are the winners in the film categories.  Director Steven Spielberg was also honored with Golden Eddie for Filmmaker of the Year.