New Studio Ghibli Feature: When Marnie Was There 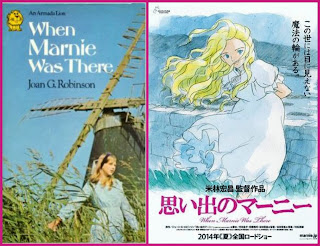 Studio Ghibli is already embarking ahead on its post-Miyazaki era with its next feature, When Marnie Was There, an adaptation of author Joan G. Robinson's book.  The British story is about a lonely girl Annie who befriends Marnie and learns that there's more to her new friend than meets the eye.  Directed by Hiromasa Yonebayashi (The Secret World of Arrietty), the film will release in theatres summer 2014.

Are you looking forward to Studio Ghibli's new direction without master animator Hayao Miyazaki?
Posted by Sonal at 11:22 PM

Email ThisBlogThis!Share to TwitterShare to FacebookShare to Pinterest
Labels: Animation, Studio Ghibli, When Marnie Was There