The 67th Directors Guild of America Award were held last night and while the competition between Boyhood and Birdman heated up yet again as Birdman netted another guild win. With the PGA, the SAG ensemble award and now the DGA Award for Alejandro G. Inarritu, one has to wonder if Boyhood is saving the best for last, namely the Oscars? 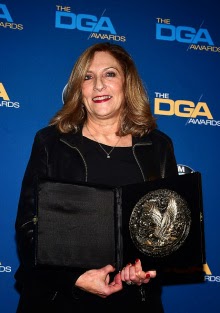 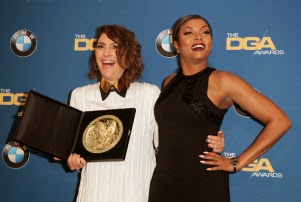 Besides the emergence of an lively Oscar race, another encouraging trend to come out of the DGA Awards was that the rest of the night's winners were all female directors. Laura Poitras won for Edward Snowden documentary Citizenfour and in the television categories, director Lesli Linka Glatter won best dramatic series director for Homeland, while Jill Soloway won the comedy series director for Transparent and Lisa Cholodenko for HBO’s miniseries Olive Kitteridge. After the continued debate this past year on why no female director were nominated in the feature film category, this emphatic seal of approval of female power behind the camera was extremely heartening to see.