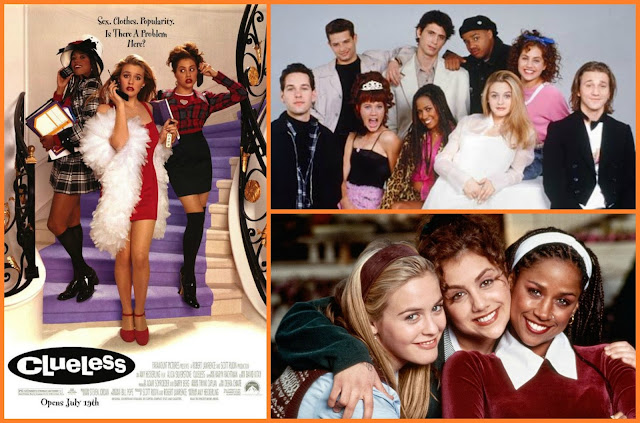 It's been 20 years since Amy Heckerling's Clueless (1995) first released but the film still resonates with the audience that initially saw it and anyone who might see it again today (ie. Iggy Azalea's homage to the film in her video for Fancy). Based on Jane Austen's classic novel Emma (1815) about a meddlesome young girl with a heart of gold, Clueless transported the iconic material to a Beverly Hills high school. Featuring Alicia Silverstone in her first leading role, the film also starred Paul Rudd (Hey, there Ant-Man), Donald Faison, Jeremy Sisto, Stacey Dash and the late Brittany Murphy (Girl, Interrupted). Clueless made them all breakout stars that summer of 1995.

The film's teen terminology became instantly quotable, every girl wanted Cher's wardrobe and the soundtrack perfectly reflected was what was popular in the 90s - from Beastie Boys, Radiohead, Coolio, Counting Crows to The Muffs. Based on small budget of $12-13 million, Clueless grossed around $56 million domestically and opened No. 1 at the box office. Not bad for a film that was initially pitched as a television show. The success of the film lead to a spinoff TV series which launched on ABC and finished out the next two seasons on UPN. Most of the cast with the notable exceptions of rising stars Alicia Silverstone and Paul Rudd reprised their roles in the series. 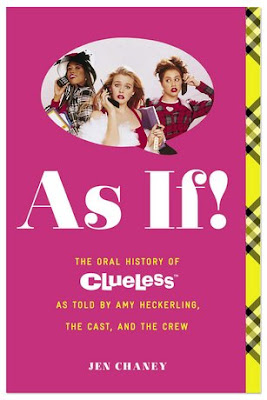 If you're a diehard fan of this lovable cult classic, then you must check out the new book released just in time for the film's 20th anniversary, As If!: The Oral History of Clueless by Jen Chaney. There you'll find notable nuggets of information on casting (Reese Witherspoon and Angelina Jolie were considered for the role of Cher, Ben Affleck read for the part of Josh which eventually went to Paul Rudd), how Heckerling came up with Cher and Dionne's lingo and how hard the everyone worked behind the scenes to make this little film a reality.

Personally, the film just works on so many levels, it's a clever reflection of the social strata, an accurate look at the lives of teenagers and it also happens to be so darn funny. Plus, Clueless introduced us to the adorable Paul Rudd, who looks about the same now as he did in 1995. Silverstone's Cher is a heroine for the ages, self-deprecating yet endearing with her heart in the right place. Which is why, 20 years later, we still love her.
Posted by Sonal at 9:00 AM

Email ThisBlogThis!Share to TwitterShare to FacebookShare to Pinterest
Labels: Alicia Silverstone, Blast From the Past, Clueless, Paul Rudd