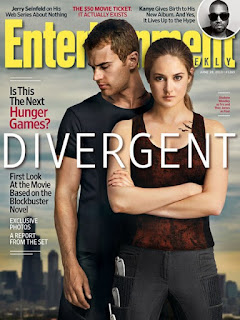 Entertainment Weekly has some exclusive new stills from the upcoming Divergent based on Veronica Roth's novel showing us actors Shailene Woodley and Theo James as the lead couple, Tris and Four.  We also get first looks at the supporting cast, Maggie Q, Zoe Kravitz, Tony Goldwyn and Jai Courtney.  The costumes and sets seems mostly minimalistic and opposite to that other dystopian thriller series, The Hunger Games.  However, the makers must surely be hoping that Tris becomes as much a household name as Katniss has.  The only major player who's missing from this first look? Kate Winslet's Jeanine Matthews, the Erudite leader who has a hidden agenda.  I suspect the filmmakers might reveal that information in the trailer whenever that debuts.  Divergent will release next March. 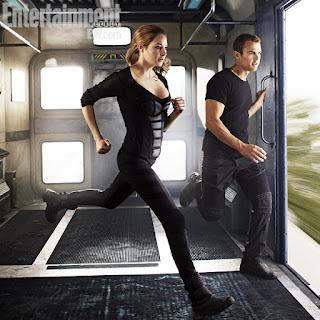 Tris (Shailene Woodley) and Four (Theo James) prepare to jump off a moving train as part of a Dauntless initiation. 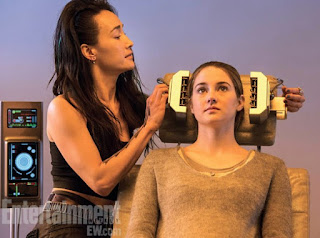 Tori (Maggie Q) is about to administer Tris' aptitude test. 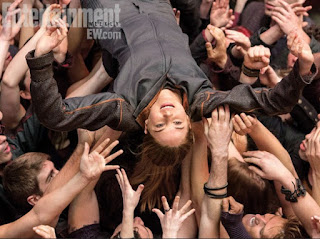 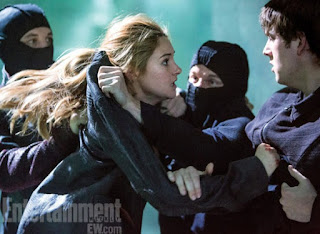 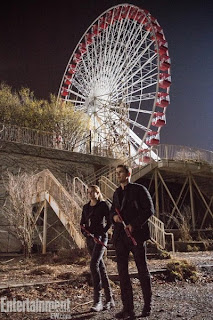 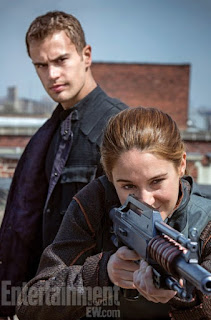 Tris bonds with her instructor Four. 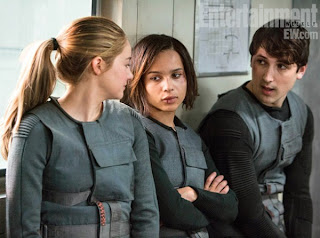 Tris with her Dauntless friends Christina (Zoe Kravitz) and Will (Ben Lloyd-Hughes). 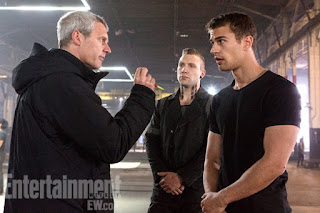 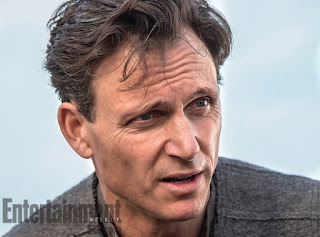