The 71st Golden Globe awards were held this past Sunday and as usual it did not disappoint.  The show was hosted for the second time in a row by Tina Fey and Amy Poehler, who in their inimitable style "crushed it", with their jokes (Gravity is "the story of how George Clooney would rather float away in space and die than spend any more time with a woman his own age.") or hijacking the stage as teenager "Randy" and his mom. 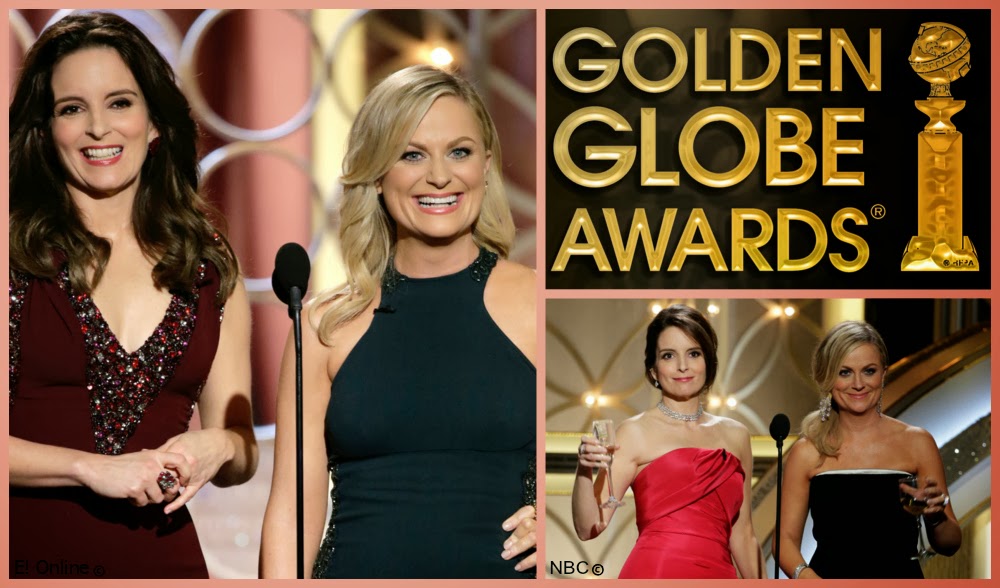 The presenters were just as lively with Robert Downey Jr. promising us that no matter what happened that night, he was leaving home a winner or my favorite Emma Thompson who appeared on stage with a martini in one hand and a pair of Louboutins in another.  The red on the shoes, she told us, was her blood.  And she chose the martini over the shoes when it came to presenting the award!

Emma Stone (who's currently working with Woody Allen on the upcoming Magic in the Moonlight) and Diane Keaton (who worked with Allen from Annie Hall to Interiors) presented the Cecil B. DeMille award to an absent Woody Allen, who usually never attends awards functions.

Now, onto the awards, American Hustle won the most with 3 including best comedy/musical, 12 Years a Slave won for best drama, Gravity had the best director and Her had the best screenplay.  The acting awards went out to Dallas Buyers Club, Blue Jasmine, The Wolf of Wall Street and American Hustle, while Frozen won the best animated feature.

Here's the full list of the feature film winners:

BEST PERFORMANCE BY AN ACTOR IN A MOTION PICTURE – DRAMA

BEST PERFORMANCE BY AN ACTOR IN A MOTION PICTURE – COMEDY OR MUSICAL
Leonardo DiCaprio, “The Wolf of Wall Street”

BEST PERFORMANCE BY AN ACTOR IN A SUPPORTING ROLE IN A MOTION PICTURE
Jared Leto, “Dallas Buyers Club”

BEST PERFORMANCE BY AN ACTRESS IN A MOTION PICTURE – COMEDY OR MUSICAL
Amy Adams, “American Hustle”