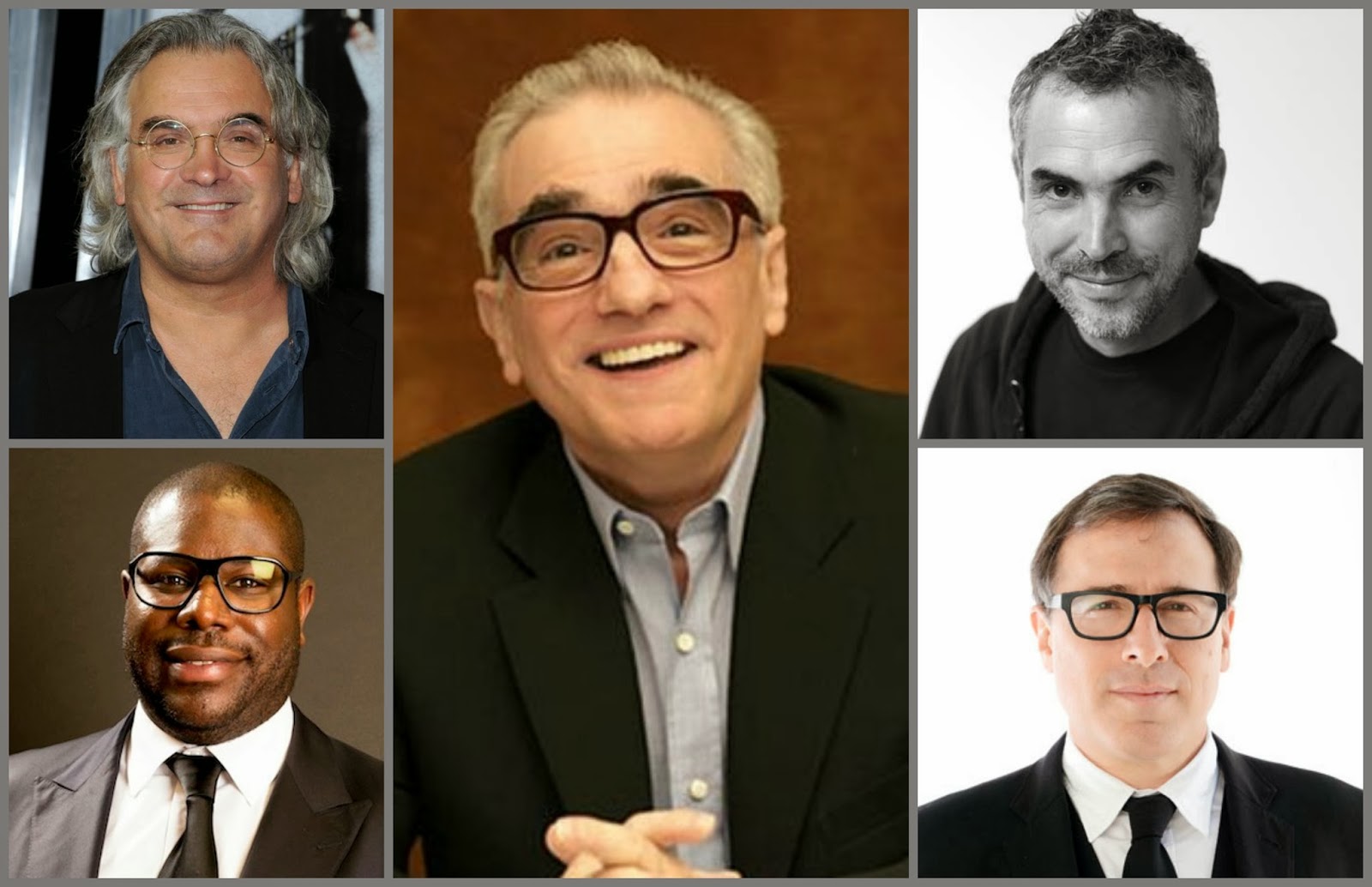 With all the guilds announcing their nominations in the weeks leading up to the Oscar nominations, things are definitely getting interesting and hopefully a clearer picture is starting to emerging this awards season.  The Directors Guild of America announced their feature film nominees for 2014 and their prestigious list features three first time honorees, one with his second nomination and one living legend with his eleventh (yes, eleventh!).  Alfonso Cuarón, Paul Greengrass, Steve McQueen, David O. Russell and Martin Scorsese are all nominated for the 66th annual awards which will be given out on January 25th, 2014.  The ceremony will be hosted by actress Jane Lynch.

Here are the nominees and their details:


DAVID O. RUSSELL - American Hustle (Columbia Pictures)
Mr. Russell’s Directorial Team:
This is Mr. Russell’s second DGA Award nomination.  He was previously nominated in this category for The Fighter in 2010.