"Never go up against a Sicilian when death is on the line."

"Hello. My name is Inigo Montoya. You killed my father.  Prepare to die"

If you know and love the above lines, then you are most definitely a fan of The Princess Bride and would have quoted them in ordinary conversations.  Buttercup, Wesley, Vizzini, Fezzik, Miracle Max, Prince Humperdinck, these are all characters that make up one of the funniest, sweetest and fondest films of the 1980s which fans discovered through airing on television and home video.  Based on the book by William Goldman (who also wrote the screenplay) and directed by Rob Reiner, the film is one you'd want on your list of movies on a deserted island because it seems to have it all. 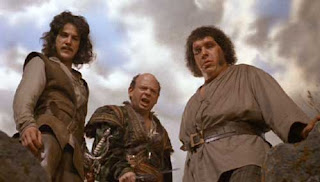 Like the young grandson, you'd think by the title and premise alone that this is one of those typical rom-coms.  Oh, but it's so much more.  It is a romance that contains an old-fashioned love story but it is also a story of revenge, of action, of fantasy and a great deal of laughter. In short, it has it all.

This week, the film turns 25 years old and the cast reunited for a screening at the 50th New York Film Festival.  And while there's always the inevitable talk of sequel.  Please Hollywood, I beg of you, do not tarnish my childhood memories.  Do not even think of remakes.  I would, however, love to see the live read of conducted by Jason Reitman attached as a DVD extra for any upcoming re-release.  Right? Who's with me? Paul Rudd played Westley, Mindy Kaling was Princess Buttercup, Cary Elwes was recast as Prince Humperdinck while Patton Oswalt took on Vezzini.  And finally, director Rob Reiner played the role of the Grandfather while someone named Fred Savage was reading for the role of the Grandson.  Bold choice! 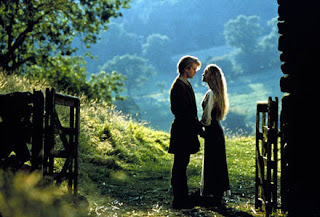 The film is beloved by many people and will continue to enjoyed for generations and generations to come.  If you are like me and are already feel like revisiting the fictional country of Florin or if you haven't already seen this movie, I'd suggest you do so and when someone says, "Inconceivable!" to you, you'll finally understand why.
Posted by Sonal at 12:18 AM