Some great new stills are out from DreamWorks' upcoming feature Mr. Peabody & Sherman, based on 60s characters that appeared on The Rocky and Bullwinkle Show.  Mr. Peabody is an innovator, pioneer and a master who excels at practically everything. Mr. Peabody also happens to be a dog with an adopted son Sherman.  When they use his invention, the WABAC machine, to go back time and meet some of history's greatest people; they end up breaking the rules of time travel and must make amends, fast! 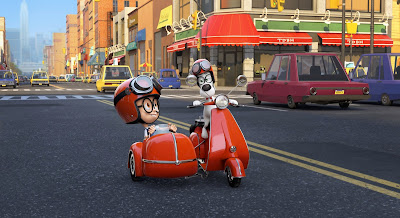 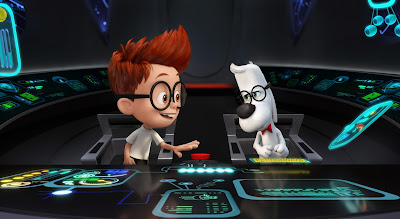 Mr. Peabody and Sherman head out for great adventures in their WABAC machine. 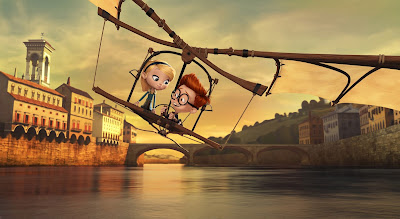 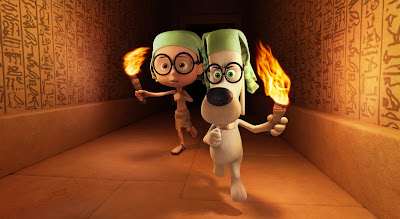 When Penny decides to stay back in Egypt and Peabody and Sherman have to find her. 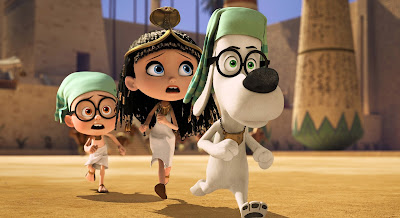 Peabody and Sherman come to her rescue and bring Penny back to the present day. 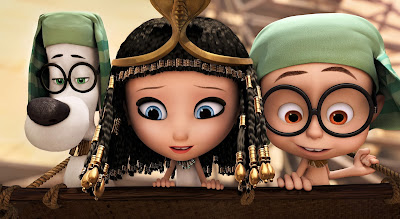 
The voice cast also features Stephen Colbert as Mr. Peterson, Penny's father, the legendary Mel Brooks as Sigmund Freud (which should be hilarious), Stanley Tucci as Leonardo Da Vinci and Lake Bell as Mona Lisa.  The film looks promising and the storyline, intending to be a history lesson for young Sherman, will end up educating its young viewers as well. Directed by Rob Minoff (The Lion King, Stuart Little), the film will be releasing on March 7, 2014.
Posted by Sonal at 8:12 PM