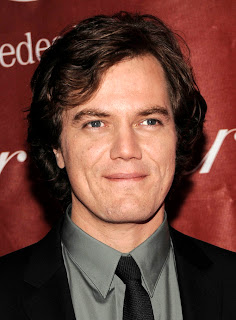 If you've seen my previous posts on the Superman man, then you've guessed that the villain announcement was due.  And here it is!   Michael Shannon (Revolutionary Road, Broadwalk Empire) has been named as Zod in the new Superman: Man of Steel.  General Zod was previously played by Terrence Stamp in Superman Saga.  One thing is for sure, this film has cast all actors who can show amazing range and who previous to this haven't been involved in a superhero saga before.  Add the fact that it's been produced by Christopher Nolan who brings Batman expertise and Zack Synder who knows a thing or two about action flicks, this Superman movie shows real promise.  I sincerely hope it stays that way.
Posted by Sonal at 9:55 PM

Email ThisBlogThis!Share to TwitterShare to FacebookShare to Pinterest
Labels: Superman