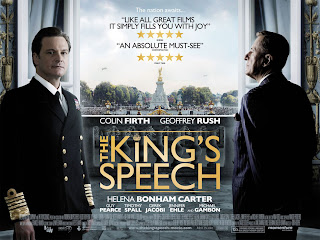 The Producer's Guild of America, which is one of the best indicators of who is in the race for Best Picture Oscar, has announced its annual awards.  The King's Speech scored an upset win over The Social Network for Best Picture.  That's huge.  It doesn't mean that The Social Network can't win but The King's Speech definitely has an edge now.  Toy Story 3 picked up Best Animated Feature while Waiting for Superman took the top honors for Best Documentary.  The Best Picture race just got more interesting.  Game on!
Posted by Sonal at 11:54 PM