Things You Should Know about The Social Network 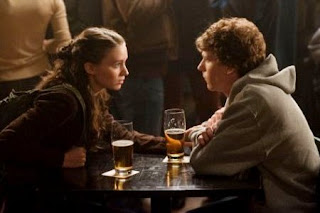 So, I watched The Social Network again. This time with the curse words in it.  And it was just as good as I remembered it.  Damn those dialogues.  I was never a West Wing fan so I'll compare it to another show with fast dialogues, Gilmore Girls.  Right, where was I? Watching the film again and seeing the making of made me aware of so many things I didn't know about this feature.  Here are a few that you too might find interesting.
I highly recommend you watch the special features on The Social Network as it will give you more insight into how you go about about making a film about a website.  It's not as easy as they made it seem.
Posted by Sonal at 1:02 PM