The first Western movie to air in North Korea is... 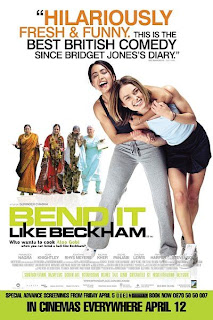 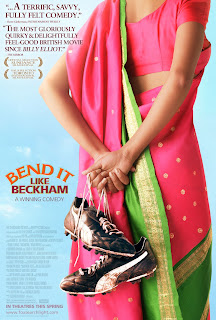 ...Bend It Like Beckham.  I must admit I was surprised.  But it totally makes sense.  A family comedy, Bend It Like Beckham, shows how a football crazy girl earns the respect of her traditional British-Asian/Indian family and learns to fight for her dreams to play football.  It's an infectious laugh out loud funny and smart film directed by Gurinder Chadha and features a very young Keira Knightley (Pirates of the Caribbean, Atonement), Jonathan Rhys Meyers (The Tudors), Anupam Kher as Jess's Dad, Archie Panjabi (The Good Wife), Shaheen Khan and lead Parminder Nagra (ER) as Jess Bhamra.  This film provided the soundtrack to my studying for finals during college and til today, it never fails to cheer me up. So as the first Western movie North Korea chose for showing the entire country, you can't get any better than this.  There are so many to pick from but it's a damned good start.  Movies, not war!  That's how you do it.
Posted by Sonal at 11:43 PM