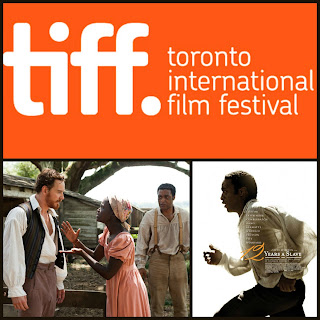 And so it begins.  Unofficially, Oscar season begins this early with several big name films that screened at the big North American festivals, Telluride and Toronto.  Today, the Toronto International Film Festival (TIFF) announced their winners of the festival, the most important of them being the audience award winner.  Last year's winner was Silver Linings Playbook which was nominated for Best Picture and Director and its leading lady, Jennifer Lawrence, won the Best Actress Oscar.  The runner up? A little movie named Argo that eventually ended up winning Best Picture!

This year, the popular award goes to Steve McQueen's 12 Years A Slave starring Chiwetel Ejiofor, Michael Fassbender and Brad Pitt.  The runners up are Philomena and Prisoners.  Qissa, directed by Anup Singh and starring Irrfan Khan and Tillotome Shome, was also recognized winning for best Asian film from a first or second time director.

Here are the rest of the winners: