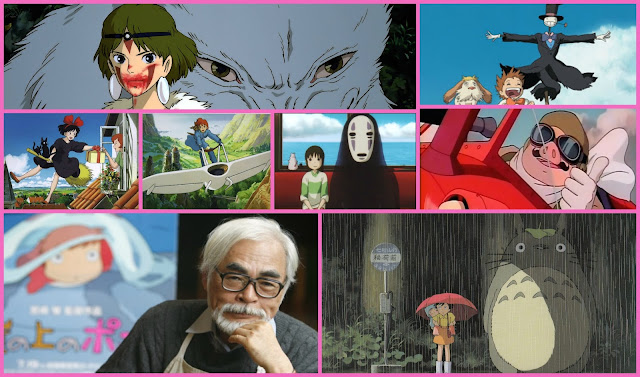 I was holding out on talking about this until it was made official and now it definitely feels official.  There is actual video footage. *sad sigh*  On Friday, famed Japanese animator and director, Hayao Miyazaki (one of the greatest storytellers in animation, in my opinion) announced his retirement from feature films.


Previously he had scaled back his duties at Studio Ghibli but had to take over the responsibility of certain films once their release dates grew nearer.  He said at packed press conference of nearly 600 journalists in Tokyo that "this time I am quite serious." At 73, Miyazaki feels his limitations and plans to continue drawing, but also devote his time to other ventures such as the Ghibli Museum in Tokyo (one of the items on my bucket list).

The Wind Rises, his 11th feature film, has been making the rounds this year at the film festivals in Venice and Toronto.  His previous films, Nausicaa of the Valley of the Wind (1984), My Neighbor Totoro (1988), Kiki's Delivery Service (1989), Princess Mononoke (1997) have become instant classics and many a time broke the box-office at home in Japan.  2001's Spirited Away is his most recognizable film in the West which won the Best Animated Feature Oscar and the Golden Bear in Berlin.

Miyazaki's films have always conveyed a sense of wonder and adventure that lay outside our doorstep if only we could open our eyes and see them.  While we lament about lead female characters in animated films today, his films have featured strong, intelligent female characters since the 1980s.  Miyazaki also wrote the screenplay on one of the more underrated films in the Studio Ghibli filmography, Whisper of the Heart (1995), a personal favorite of mine. 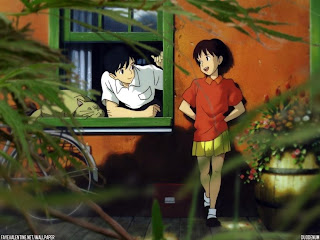 So all we have to say for now is sayonara, Miyazaki-san and good luck on your much deserved retirement. Thank you for the stories, we are truly transformed by your vast imagination.
Posted by Sonal at 3:59 PM