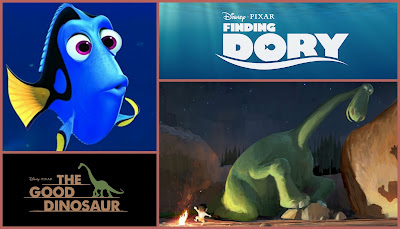 Since 2006, Pixar Animation Studios has been churning out film after film after film. Some have been sublimely good (see: Ratatouille, Up, Wall E) and some may have slightly missed the mark for some (see: Cars 2) but whatever the case was, it was treat to see a Pixar film on the release calendar.

Next year however, there will be no Pixar film out in theaters due to two developments this summer.  The Good Dinosaur was supposed to release on May 30, 2014 but as director Bob Peterson has stepped down from the project, the film will now release on November 25, 2015. No new director has been named yet and co-director Peter Sohn, Mark Andrews, Lee Unkrich and John Lasseter will oversee things until then.

This has happened before in the studio’s history, most recently with 2012’s Brave when original director Brenda Chapman was replaced with Mark Andrews.  Story is king at Pixar and they will leave no stone unturned to make sure the film they want to release is up to their standards.  Toy Story 2 (1999) was scrapped in totality and it still remains (in my opinion, the best animated sequel ever).  This is not worrying at all. I’d be worried if Peterson had left and the film still released next May.

But what happens to the film that was supposed to release on November 25, 2015? That would be a big little film called Finding Dory.  The anticipated sequel of Finding Nemo might be facing a few script changes. In early August, there were stories that Blackfish director Gabriela Cowperthwaite had shown the film at Pixar and the documentary's content caused the heads at Pixar to rethink their ending that involved the fish ending a marine park similar to Sea World, which is featured in Blackfish.  This too would push production back a bit. Now the film will release on June 17, 2016.

At the D23 expo in early August, Disney unveiled the voice cast for Finding Dory with actors Diane Keaton and Eugene Levy as Dory’s parents, Ty Burrell as a whale (remember Dory can speak whale) along with returning cast Ellen DeGeneres and Albert Brooks as Dory and Marlin.  Meanwhile, The Good Dinosaur voice cast features John Lithgow and Frances McDormand as Poppa and Momma, Bill Hader, Neil Patrick Harris and Judy Greer as their kids and Lucas Neff as the lead Arlo.

While it will be strange not to see a Pixar film at your theaters next year, it leaves the door wide open for other animation studios to step up their games in an open field.  As for the two films themselves, despite this delay, I'm sure they'll bounce back quickly.
Posted by Sonal at 9:52 PM