Whatever Happened To... Renée Zellweger? 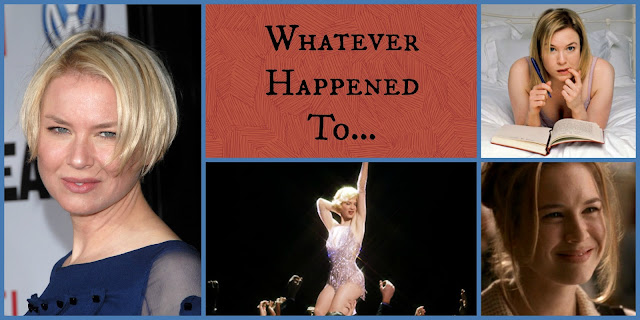 Remember Renée Zellweger who became a household name after starring with Tom Cruise in Jerry Maguire (1996) and uttering those unforgettable words, “You had me at hello.”?


Her breakout role led to more high-profile roles with big names stars such as One True Thing (1998) with Meryl Streep and Me, Myself and Irene (2000) with Jim Carrey.  She was nominated for two Academy Awards for Best Actress for Bridget Jones’s Diary (2001) and Chicago (2002) before eventually winning a Best Supporting Actress Oscar for the civil war saga Cold Mountain (2006).  Her Oscar nomination for Bridget Jones’s Diary was a triumph in every way; very rarely do actors get nominated for comedic performances.  It was also the rare case of an American nailing the very difficult British accent.


More parts came but didn’t do much for Zellweger.  She played Russell Crowe’s wife in Ron Howard’s Cinderella Man (2005) and portrayed author Beatrix Potter in 2006’s Miss Potter.  The movies on her resume after that are quite forgettable including the George Clooney directed Leatherheads (2008).  Her last film release was My Own Love Song (2010) which played at the Tribeca Film Festival that year.

What’s next for Zellweger? The third Bridget Jones book, Bridget Jones: Mad About the Boy is due out this fall.  Will Zellweger’s name be considered when and if the book is commissioned for a movie? Time will only tell. The recent years haven’t been kind towards Renee who has quietly stepped into the shadows. There used to be a time when she was up for most A-list roles. For now, IMDb lists her sole project (also her directorial debut) as 4 ½ Minutes (2014) starring herself, Johnny Knoxville and Ed Harris.


Update: Ever since her much talked about return to the red carpet, Zellweger is back in the news. She is currently filming The Whole Truth co-starring Keanu Reeves and Gugu Mbatha-Raw. The film is due for 2015 release. That's not all, she also has another film due next year, Same Kind of Different as Me along with Jon Voight, Greg Kinnear and Djimon Hounsou. Welcome back Renée! We missed you.
Posted by Sonal at 11:18 PM